Blair’s official role in the Quartet, a group comprising the US, EU, Russia, and the United Nations (UN) seeking to find a peaceful solution to the conflict between Israel and the Palestinians, was funded by the United Arab Emirates (UAE).

Blair, however, also received millions in consultancy fees by the very same Arab state and the sovereign wealth fund of its capital, Abu Dhabi, raising questions over whether the New Labour founder had a conflict of interest.

A spokeswoman for Blair dismissed the claims, insisting he “never used his Quartet role to pursue business interests” and “did no commercial work connected with the Israeli/Palestinian issue.”

Blair took on the peace envoy role shortly after leaving office in June 2007. He was tasked with helping to develop the Palestinian economy and improve governance, but allegations suggest he was too close to the Israelis.

He resigned in 2015 after eight years in service. 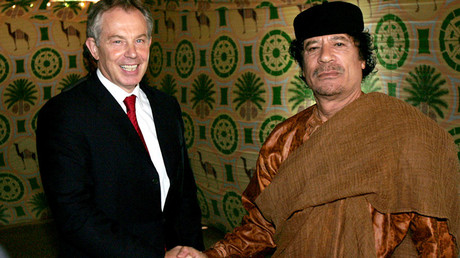 “You [the Palestinians] cannot seriously build an economy under occupation but he never once rattled the cage and dared to speak out,” Chris Doyle of the Council for Arab-British Understanding said at the time of Blair’s resignation.

“He was all too comfortable with a status quo that was unsustainable,” he told the Guardian.

Doyle added that Blair had failed in his duty as a peace envoy because of the extensive business interests he had in the region.

“The vital thing is that the new envoy is given a much meatier mandate because the major issue is still impasse between Israel and the Palestinians.

“Blair suffered from a perceived conflict of interests with his considerable array of business contacts, with governments and organisations and companies in the Middle East.

“That also limited his time and availability for this critical issue. This is a full-time not a part-time role.”