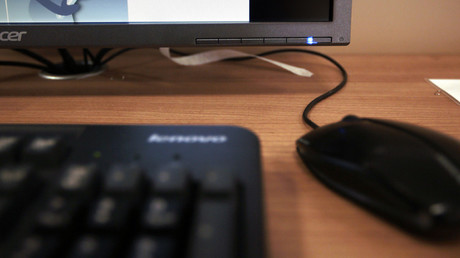 Gawker will be no more. The blog network under the name revolutionized digital journalism and engaged its audience in important conversations. However, that’s not to say the publication was perfect. Here are its greatest hits and misses.

The blog was rendered unsustainable after a lawsuit from Hulk Hogan, funded by PayPal founder and billionaire Peter Thiel, over a sex tape published on Gawker in 2012. Hogan, whose real name is Terry Bollea, was awarded $140 million in damages, resulting in Gawker’s bankruptcy and sale to Univision.

RT is pouring one out for Gawker and journalism. The site’s take on news writing can be summarized by their slogan: Today’s gossip is tomorrow’s news. The site consistently pushed the boundaries of journalism and often pushed the limits of good taste. Sometimes they crossed that line. Here’s to them and everything we loved and hated.

It’s hard to describe the levels of quality this piece by Ashley Feinberg reached. In some of the finest journalism displayed on Gawker, Feinberg took a deep, investigative look at the mystery that is Donald Trump’s hair. Describing it as a “cotton candy hairspray labyrinth,” Feinberg’s report began when a tipster suggested she look into the Ivari International method. From there, she analyzed the way Trump’s hair moves, sits and even reacts to the wind.

Unfortunately, the piece would later be used by another of Thiel’s lawyers to threaten the blog with legal action. As per Gawker’s nature, they left the article up along with the threatening letters they received.

9 – How did this happen? Jezebel posted pictures of a journalist being raped

Gawker’s female-centric sister site made a decision so terrible it’s difficult to believe it wasn’t published by accident. In 2012, Anna North published a piece titled “Did Libyan Video of a Journalist’s Rape Get Posted on YouTube? [Warning: Graphic Images]” They weren’t lying about the graphic images. The story was about the existence of a video of a foreign journalist being sexually assaulted in Libya.

Writing about the video is not the problem; the trouble was that they included images that were originally not pixelated, revealing the victim’s face, along with her attackers’. After major backlash from their commenters, Jezebel pixelated the images. An editor explained, “This post is ultimately about the existence of a video, thus the images ARE the story – without them, there’s nothing. To remove them would be, in effect, to un-report the story. Which is not going to happen.”

It still doesn’t explain how they were published uncensored in the first place.

8 – A sub where everyone knows your name: Gawker doxes ‘jailbait’ subreddit moderator

Former Redditor and moderator Violentacrez was seemingly a full time troll. In 2012, his time was divided between moderating the “Jailbait” subreddit where 20,000 users shared images of underage girls that were often gathered from their social media pages. He also moderated the Creepshots sub, which entailed users taking pictures of women – including underage ones, without their consent or knowledge. If that wasn’t enough, he started or moderated the following subs: Chokeabitch, N****rjailbait, Rapebait, Misogyny and many others.

With such extreme views, all of which he defended, it’s a wonder he managed to hold down a full time job and have a family. While its members were aware of his proclivities, he did not want his identity shared – something that he apparently did not give a second thought to when sharing images of underage girls.

In the end, Adrien Chen revealed that Violentacrez was 49-year-old Texas programmer Michael Brutsch. While many disagreed with the ethics of exposing someone’s identity, the truth is that there is no anonymity on the internet. A distasteful comment may seem like a fun way to rile up an audience, but you can never know if it will come back to haunt you.

In 2006, Gawker was going through its terrible twos when someone had an idea: combine Google Maps with celebrity sightings! Thus, the Gawker Stalker was born. At first, it was a weekly roundup of celebrity sightings with the locations noted on Google Maps. While a tool like that could potentially be used to track the patterns of a celebrity, it does not seem terribly different from methods used by the paparazzi.

Then it got worse. Updates came more frequently, and sightings popped up on the map more often. This led many celebrities to feel concerned for their safety, such as George Clooney, whose representative called the map “a dangerous thing.”

Things blew up in 2007 when then-editor Emily Gould appeared on Larry King Live to defend Gawker Stalker, where she was taken to task for not only the map, but also the issues with their reporting. Gould left Gawker shortly after.

The map has since been abandoned, along with their reporting on celebrities’ locations.

6 – A voice for the unemployed

Hamilton Nolan has spent the past four years writing about one of the most important issues facing the US: unemployment. In 2012, he began a series titled “Unemployment Stories.” After a year, he posted the fortieth installment of the simple and painfully honest feature.

For anyone who has not experienced unemployment, congratulations on either being very lucky or rich enough to never have a job. But being unemployed is about more than just financial worries. There’s an element of isolation to it. While most people are at work, an unemployed person is filling out resume after resume, trying their hardest for something to stick. One person described the first five hours of their day consisting of helping their employed girlfriend get to work, then they would “search the same 8 job search sites, submit my two resumes for the day, note the jobs available rarely changed from day to day, emailed family and friends, and then went home to wait by the phone for call backs.”

Unemployment stories captured the dynamic of frustration and depression that being without a job entails. From adults watching their own parents struggle to find employment after losing their jobs in a tumultuous economy, to people who had to take jobs earning less than they did in high school, Unemployment Stories gave a voice to the people who needed it most.

The 2013 trial of George Zimmerman for the killing of Trayvon Martin was a media free-for-all, where the 24-hour news cycle covered nearly every minute of it – even the things they shouldn’t have. MSNBC and HLN accidentally aired an image of 17-year-old Trayvon Martin’s corpse when it was shown during the trial.

A tipster sent Adam Weinstein the image, which he decided to publish. He apologized for sharing it, acknowledging that it was in poor taste, saying, “To Trayvon’s parents, Sabrina Fulton and Tracy Martin, I’m sorry that I feel compelled to share this photograph.”

But he went on to explain that he shared the body of a dead teenager, citing “Good old-fashioned rage that this kid is dead because my home state empowered a dullard aficionado of Van Damme and Seagal movie cliches to choose his own adventure.”

4 – Corporations are people, but they’re not good people

Gawker’s firsthand accounts of working for Walmart illuminated how one of the biggest corporations in the US treat the people that make them profitable. Not well, as it turns out.

Stories emailed from Walmart employees covered the range of managers to shelf stockers, all of whom felt mistreated by the company.

“Customer’s always complain about the service and morale of the store, but with the working conditions of the employees who are paid just enough to keep them toiling, treated less than human by management while being given 2-3 people’s work to eek out in a 4-8 hour shift, and not even get all of their legally mandated breaks, what should customer’s (sic) expect?” one employee wrote.

The response was so strong that Walmart turned to its employees for defense. A plea for support was posted on a website for employees, reading: “Many people in the media don’t know the amazing stories you have to share. This week Gawker is posting stories about Walmart, attacking the work our associates do, and it’s up to us to set the record straight.”

That backfired immediately, and more negative stories came in. There were some positive stories that were shared with Gawker, but they didn’t seem to be more than a silver lining on a crappy job.

“A week after I joined Walmart, my first child was born. Would you believe that Walmart gave me a week off (without pay of course) and they didn’t hold it against me when I returned,” one veteran employee told Gawker.

Jezebel has been a cultural icon for women’s interest news, so much so that it was parodied on Tina Fey’s hit sitcom, 30 Rock. But that does not mean it has made questionable decisions, such as the hiring of Hugo Schwyzer.

However, that was when he wasn’t teaching gender studies at Pasadena City College, where in 2013, he was accused of behaving lecherously with students and bragging about using his position of power for sexual conquests.

In a since-deleted blog post, he claimed to have attempted to murder an ex-girlfriend. Not exactly the ideal gatekeeper for a safe space.

In 2013, he announced that he was leaving the internet for awhile.

2 – Hello from the other side

Gawker’s first-person series is often poignant, powerful and controversial – all the makings of important human interest pieces. Few, however, can come close to the Letters from Death Row series from Hamilton Nolan. The US is one of the only countries in the industrialized world to use capital punishment.

Letters from Death Row gave faces and names to people who were pending execution. Some of them were offering the final statements of their lives. The series gave readers an inside look into the existence of men whose lives were completely consumed by the criminal justice system.

Whether this was a hit or miss is in the eyes of the beholder. Former Toronto Mayor Rob Ford was recorded smoking crack in 2013, and editor John Cook nearly got his hands on the tape. After viewing the tape in secrecy, Cook learned that it would cost $200,000 to purchase, so he started an Indiegogo campaign called the Rob Ford Crackstarter to raise the money.

Here’s where people’s opinions tend to deviate. Some believe that it is ethically questionable to solicit donations from “people who hang out with and surreptitiously record crack-smoking mayors” and would likely backfire. It turns out they were right, and after raising the money for the video, the source disappeared and so too did the tape.

The silver lining of the gaff by Gawker is twofold. To start with, reporters from the Toronto Star had also seen the tape, but were unable to find an angle to write about it without showing the tape itself.

In addition, the funds raised by Gawker’s campaign went to charitable organizations, such as the Somali Canadian Association of Etobicoke and drug rehabilitation programs.

Gawker, we salute you.