A Spanish-speaking man was hit in the face with a plank of wood by a “smirking” bully after being told he should “speak English.” 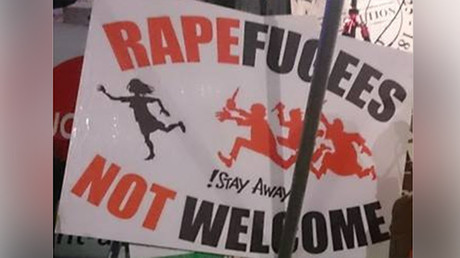 Tomas Gil was chatting to his girlfriend in his native language when a man, later identified as Daniel Way, approached him yelling “f***ing Spanish, speak in English.” The aggressor then walked to a local takeaway restaurant, ripped a plank of wood from the building and hit Gil in the face with it.

Bournemouth Crown Court heard the assault took place in May.

Way’s barrister defended his behavior by suggesting a recent breakup had actually led to the attack. He added that Way’s recent prescription of ADHD medication could have reacted with the alcohol in his system.

“He is extremely ashamed of his use of racist language. He can’t recall ever holding racist views,” said Guy Draper from Pump Court Chambers.

Prosecutor Simon Jones told the court his client, Gil, had “sustained cuts and bruises to the mouth.”

After being hit, Gil fell “straight on the floor and seemed knocked back for a moment. He described a feeling of losing consciousness.”

Way was held down by members of the public until the police arrived. The incident was also captured on CCTV. Later, Way admitted to racially aggravated assault leading to bodily harm and criminal damage.

Hate crimes have risen by an estimated 41 percent since the Brexit referendum results were announced on June 24. A Polish man was killed in a hate-related attack in Harlow, Essex, in August.