Theresa May’s cabinet is facing yet another setback as her effective deputy Damian Green has been accused of “extensively engaging with” pornographic material in his Commons office. The allegations date back to 2008.

A former Scotland Yard detective said he was shocked by the “thousands” of pornographic images he allegedly discovered on Green’s computer at the time Green was the Tories’ immigration spokesman in opposition. Officer Neil Lewis says he examined the device as part of an inquiry into government leaks, but had never spoken about it before.

In his first broadcast interview on the investigation, Lewis told the BBC: “The shocking thing as I was viewing it, I noticed a lot of pornography – thumbnails, which indicated web browsing. There was a lot of them. I was surprised to see that on a parliament computer. I had to take a step back because I wasn’t expecting that.”

But contrary to previous reports, he said the pictures were not extreme and did not feature images of children or sexual abuse. 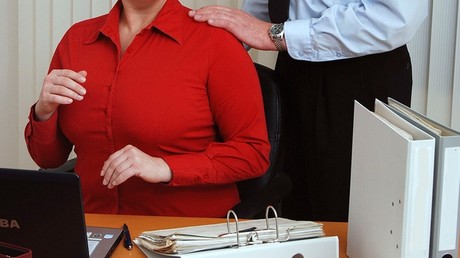 It comes as a fresh Cabinet Office inquiry has been launched into allegations of sexual misconduct among Westminster MPs, with Green facing accusations of making inappropriate advances on party activist Kate Maltby.

Green, the PM’s right-hand man as First Secretary of State, insists he never watched or downloaded pornography on the computer. Neil said there is no question the device he inspected in 2008 belonged to Green.

“The computer was in Mr Green’s office, on his desk, logged in, his account, his name,” said Lewis, who at the time was working as a computer forensics examiner for SO15, the counter-terrorism command.

“In between browsing pornography, he was sending emails from his account, his personal account, reading documents… it was ridiculous to suggest anybody else could have done it.”

A spokesperson for Green said: “It would be inappropriate for Mr Green to comment on these allegations while the Cabinet Office investigation is ongoing. However, from the outset he has been very clear that he never watched or downloaded pornography on the computers seized from his office.

“He maintains his innocence of these charges and awaits the outcome of the investigation.”

Lewis, who spent 25 years with the Metropolitan Police before retiring in 2014, said he was forced to delete the data on the computer copies he had made after the leaks inquiry came to an end.

The former detective said he followed instructions and erased the data, but kept copies so experts could retrieve it if they ever needed to. He suggested, however, that all the items may have been deleted now.