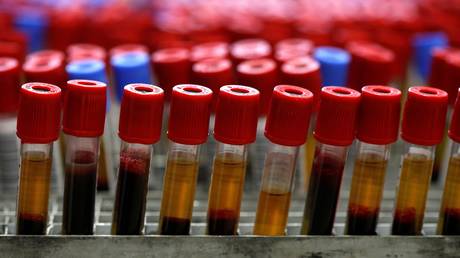 Almost 4,000 people are to have their blood tested after it was revealed they could have been exposed to HIV, hepatitis B and C after undergoing procedures at a New Jersey hospital.

Those who received treatment at the HealthPlus Surgery Center in Saddle Brook town between January 2018 and September 7, 2018 have recently received disturbing letters, saying that during this period there were “lapses in infection control in sterilization/cleaning instruments.”

The patients might have been exposed to “bloodborne pathogens” during injections, the center says. These are HIV, hepatitis B and hepatitis C.

Such infections can emerge weeks after exposure and an affected person may not experience any symptoms.

According to surgery center administrator Betty McCabe, at least 3,778 patients have been urged to get their blood tested. The center claims that so far there haven’t been any reported cases of these viruses.

People on social media have lashed out at the center for ignoring the sanitation norms and giving lame explanations. The users insist that there is no excuse for what the center did.

There is NO EXCUSE for cr*p like this. New Jersey surgery center possibly exposed thousands of patients to HIV, hepatitis, other infections – ABC News – https://t.co/lLm2bFij0r via @ABC

“All of us at HealthPlus understand this may be upsetting,” the letter continues.
[THIS IS ALL THESE PEOPLE HAD TO SAY ABOUT POSSIBLY EXPOSING INDIVIDUALS TO AIDS/HEP..WTF U MEAN, “MAY be upsetting”😡😡😡😡😡] https://t.co/rN23yvrMOO