Janine Jackson interviewed Kinsey Hasstedt about reproductive health restrictions for the May 25, 2018, episode of CounterSpin. This is a lightly edited transcript.

Janine Jackson: People like to say, “The devil is in the details.” For its account of the Trump administration’s proposed changes to rules around family planning programs, the New York Times headline “Trump Rule Would Bar Some Abortion Advice at Federally Funded Clinics” suggests details might be where it’s at; it’s just some advice at some clinics. Even more so, the headline chosen by the Washington Post: “Is It a Gag Rule After All? A Closer Look at Changes to Title X Funding Regarding Abortion.”

But what if the devil, as it were, is in the big picture? If the measures chipping away at women’s reproductive rights—waiting periods, notification requirements, clinic closings—were all of a piece? And this new rule, requiring “a bright line of physical and financial separation” between Title X family planning programs and those in which abortion is “supported or referred,” is simply another tool in an agenda that is most usefully addressed by media at its root?

Coverage focused too hard on branch—the Post gives credulous attention to supposed distinctions between abortion “counseling” and “referral”—leaves untested certain unspoken premises: that abortion is not healthcare, and so it’s reasonable to segregate it; that women’s bodies, and especially poor women’s bodies, are ultimately socially owned, and so it’s reasonable for others to debate and decide what happens to them; and that, even though nearly one in four women in the US will have an abortion, it’s OK to leave the subject shrouded in stigma, suffering and misinformation.

The changes around federal family planning funding offer as good as chance as any to recenter the conversation around reproductive rights. We’re joined now by Kinsey Hasstedt, a senior policy manager in the Guttmacher Institute‘s Washington, DC, office. She joins us by phone from DC. Welcome to CounterSpin, Kinsey Hasstedt.

Kinsey Hasstedt: Hi there, Janine; thank you very much for having me.

JJ: By saying media should address the various predations on reproduction rights as being related, I don’t mean to say, of course, that we shouldn’t get right the precise implications and impacts of each of those predations. I know that the language on this later proposed rule has just come out, but from what you have seen, what do you think it would mean on the ground?

KH: I think there’s absolutely no question that the proposal we’ve seen from the Trump administration is very much a revival of the domestic gag rule as first proposed by President Reagan. It would indeed exclude Safety Net Health Centers, that also offer abortion using non-federal funds, and it would do so by required extensive physical and financial separation.

And, for the record, as you have noted, abortion is very much legal. And it is also perfectly legal for clinics to offer that service, using separate funds, in the same space that they offer Title X–supported family planning care.

It also would ban referral for abortion, and actually call on providers to actively mislead their patients who have expressed a desire to seek abortion services, by giving them lists of providers who offer different comprehensive care, and not denoting which ones are actually offering abortion services.

It also requires that pregnant patients be referred for prenatal services and other care related to delivery, regardless of their wishes. And it also undermines the provision of comprehensive and unbiased information on all of the patient’s pregnancy options, removing the guarantee, that all patients seen through this program currently have, that they would be able to receive such nondirective counseling.

I think, additionally, the rule that we have seen so far goes further, too. It’s really making clear that at the heart of this effort from the Trump administration is an intent to totally reshape the network of entities and the scope of services that have long been supported by this Title X publicly funded family planning program. They are seeking to disadvantage providers who focus on reproductive health, which includes but is not limited to Planned Parenthood, and in fact are opening the door to Title X funds to ideologically motivated entities that are actually unwilling or unable to provide a broad range of contraceptive-method options. These rules also promote other ideologically motivated approaches to family planning, such as abstinence until marriage, and take away the guarantee of contraceptive access for many patients, I think, by redefining family planning.

And I appreciate wanting both to understand this rule, and to connect it to a much broader, and at this point, relentless and coercive assault that we are seeing from the Trump administration against individual sexual and reproductive health and rights. Because at the end of the day, we are talking about denying patients the highest standard of family planning care, and we are talking about denying women access to information and services that are necessary in their own right to self-determination.

KH: Yes, for sure. Since the program’s inception in 1970, Title X funds have always been prohibited from going toward abortion services, and currently entities that receive Title X funds must already demonstrate that they are keeping those funds, and the family planning services they support, quite separate from any abortion services they may provide.

JJ: That’s why I think media coverage that just narrowly dives into this latest thing that was said, and doesn’t give you that context, is so deeply misleading. And also I think that the Trump White House gains a lot of leverage, and I charge media with this as well, from sort of threatening something, and then doing something that looks like a little bit different, and there’s kind of a sigh of relief: “It was going to be this and then it turned out to be something less.” Of course we want details, but in some ways, that focus on details loses what’s really happening.

KH: Absolutely. I think it’s essential to step back and see the forest for the trees. In all manner of regard, we have seen the Trump administration and social conservatives in Congress really advancing a coercive agenda against individuals’ reproductive health and rights, everything from seeking to roll back affordable health insurance coverage, both in the private and the public markets, undermining people’s access to affordable contraceptive coverage under the ACA, trying to undercut comprehensive sex education programs, and now this most recent attack on publicly funded family planning. I think there are any number of fronts on which we’re seeing this attack, and it’s unconscionable and it’s relentless. 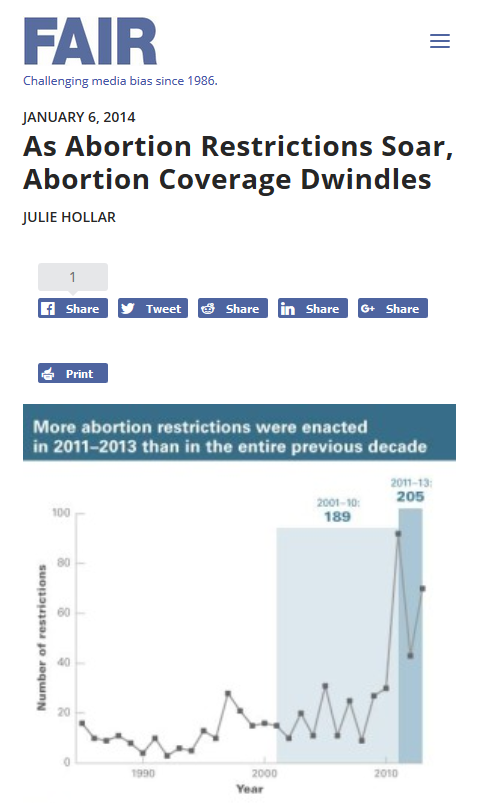 JJ: Yeah, and in the same way, isolating, rhetorically, abortion, in a way that the folks who are opposing it are not isolating it; it really is a part of a bigger agenda for them….

I find it odd that media tend to report abortion and reproductive health as though it only had meaning for pregnant women, when, of course, policies determining whether a person has the right to decide when and if she gives birth, that’s about all women, you know? It’s a much broader issue, and the tendency to make it very specific, and even in this case, you could read this current media coverage and think, “Oh well, I’m not going to be going to a Title X clinic, so this news doesn’t impact me.” That’s a concern.

KH: Absolutely. And I think it has been additionally notable that much of the media coverage has focused on the abortion aspect of this, which is the frame being advanced by anti-abortion advocates and policymakers. When in reality, this particular vein of attack is very much focused on contraceptive care; it’s focused on people’s access to whatever methods of birth control are going to work best for them. And so, even in trying to go after abortion, and framing it as such, I think in a lot of places, the fact that this is really an effort to undermine people’s access to birth control and related preventive services is getting a bit lost.

JJ: Well, Media Matters’ Sharon Kann found that Fox News was responsible for 54 percent of all the segments about abortion on evening cable news. There seems to be in media, there’s an anti-anti-abortion space, but there’s no pro-abortion space, you know? So I feel like right-wingers get to say that abortion should be a source of pain and stigma and silence and suffering. And then liberals get to say, “But, legal!”

And FAIR research has found that as the restrictions on reproductive rights go up, the sheer amount of coverage tends to go down, and in that silence, misinformation can grow like mildew, including just simple medical, biological misinformation. I just wonder what are some, to you, of the most misunderstood aspects of your work area, of publicly funded family planning programs? What frustrates you when you come up against the way people misunderstand things? 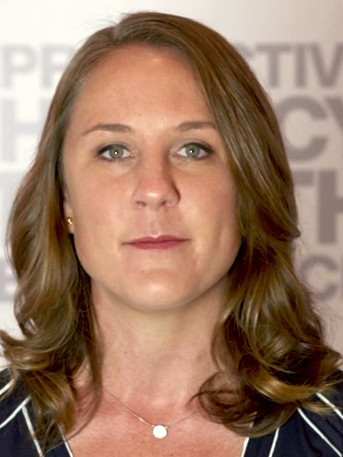 KH: I think one of the pieces, again, that often gets lost in the narrative are the people who rely on publicly funded family planning for care. Because at the end of the day, I can sit in DC and dissect words, and we can pontificate, but where the rubber meets road is for people who rely on these publicly funded programs and providers, and have found providers that they trust. The whole point of Title X, in the beginning, was to close the resource gap between women and couples who have more resources, and those who have less and face systemic barriers to accessing affordable and high-quality care.

Because everyone has the right to determine for themselves whether and when to have children, whether and when to become pregnant. And to maintain a healthy sex life. And I think, when we are talking about all of these various and sundry attacks, and policymakers exercise them on publicly funded programs, which is of course where they have the most authority, ultimately we are jeopardizing the health and well-being of millions of people, who are largely low-income, largely people of color and people who are otherwise underserved, and have faced so many barriers to getting care and some even who have experienced historic coercion when it comes to reproductive health. And so when we are talking about imposing sub-par standards of care, or forcing providers to mislead their patients in this context, it’s incredibly troubling, and in fact I would say offensive.

JJ: I understand some 20 state attorneys general support a nationwide preliminary injunction to stop Trump from reducing access to Title X. In practical terms, what do you think may happen next; what does the resistance or pushback look like?

KH: I think only time will tell. We have to see, over the next couple of months, how all of this rolls out. The Trump administration first advanced new criteria to assess applications for these titles and grants earlier this year. Which, as you point out, prompted lawsuits from a couple of organizations.

And so what happens to those lawsuits will matter. You know, which type of entities apply for Title X funding will matter. Those applications actually happen to be due today [May 24, 2018], so we’ll see how this network starts to shape up over the course of the next few months, or how it might change. And then, I think, when we see these proposed regulations actually published in the Federal Register, if they look like this draft does, there will be mass outcry from professional medical associations, public health experts, providers, advocates and people themselves.