Despite ten consecutive weeks of gains in the S&P, investors have continued to largely boycott this rally and as JPM wrote earlier, “most investors have not participated in this V-shaped recovery other than corporates and insiders who were accelerating purchases into the sell-off.” And, as we have discussed in recent weeks, one main reason for this lingering skepticism is that a majority of investors are confident that contrary to the constant media cheerleading, what we are experiencing is nothing more than a bear market rally prompted by fresh speculation about “green shoots” and “reflation”. 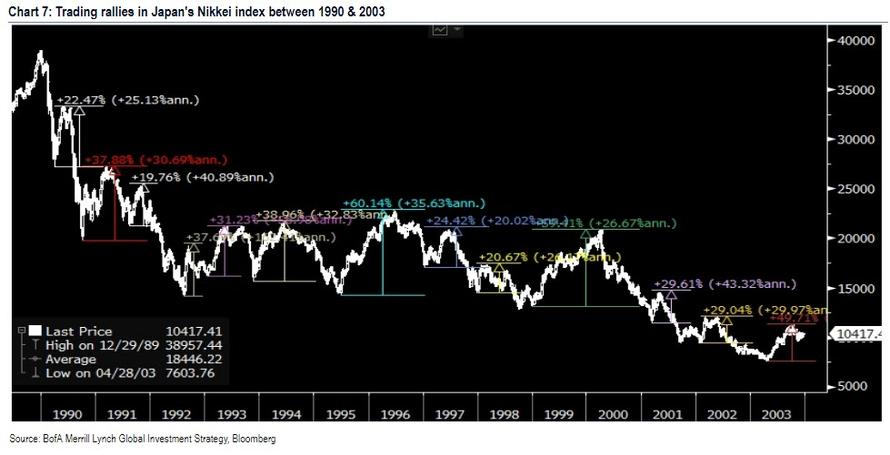 Yet while the jury is still out on whether this is just a bear market rally for stocks, when it comes to junk bonds, Morgan Stanley has called it, and in a note titled “Selling the Rally”, Morgan Stanley’s credit strategist Adam Richmond writes that after he turned tactically constructive on US credit on January 7, “in our view, the trade is now mostly done and the risk/reward of remaining meaningfully long US credit is no longer attractive. Specifically, we are exiting our tactical buy recommendation, and reverting to our longer-term cautious view on the asset class.”

First, explaining the bank’s tactical short-term bullish view, Richmond writes that it was based on two simple points: