Bad news for travelers who enjoy a boozy breakfast. The House of Lords plans to curb alcohol consumption at British airports.

A Lords select committee has published a 186-page report on the dangers of drinking in public spaces such as airports and how it can lead to disorderly behavior and violence. 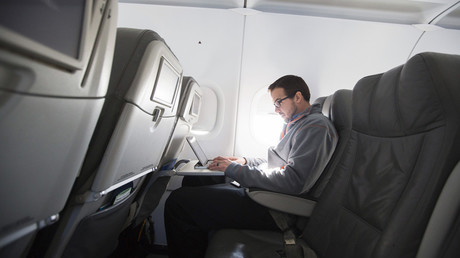 “No one travelling on an international flight can fail to notice that, once they have gone through customs, control of the sale of alcohol seems to be relaxed, and the permitted hours even more so,” peers wrote in the report.

The Licensing Act of 2003 currently does not apply alcohol restrictions, including the ban of alcohol purchasing before 9am, at airports and other “airside premises.”

According to the Independent, a Sussex Police spokesperson also told the select committee that checks at Gatwick Airport proved that “all but one of the premises selling alcohol” served customers under 18 years of age.

Airlines have often blamed alcohol consumption for many of their worst incidents, including violence.

Budget airline Jet2 said the “number of incidents where the passenger fails to respect the rules of conduct at an airport or on board an aircraft have risen significantly.”

In December, Scunthorpe resident Daniel Beacock was sent to prison for four months after causing a disturbance on board a Thomson flight arriving from Ibiza. He wrestled with a member of cabin crew after stealing a champagne bottle and was found to have downed the equivalent to 10 shots of vodka before the flight.

In a similar incident, four women were removed from a flight at Manchester Airport for making “racist, rude and threatening” remarks while apparently under the influence.

No-tolerance rules have been imposed by some airlines to prevent similar events, with Ryanair banning all booze on its Scotland to Ibiza flights.

UK Civil Aviation Authority figures from February 2015 show there was a rise in cases of “disruptive” behavior on flights due to alcohol intake.

The government has promised to tackle the issue, with Aviation Minister Lord Ahmad vowing to make airports more “family-friendly.”

“I don’t think we want to kill merriment altogether, but I think it’s important that passengers who board planes are also responsible and have a responsibility to other passengers, and that certainly should be the factor which we bear in mind,” he said after his appointment was announced last year.