Blair’s apology for the Iraq invasion is not going to bring the “destroyed” country and dead people back, a disabled Iraqi man, who lost his whole family, told RT. He demands justice for those whose actions only created “many more Saddams”.

Thirteen years ago, Abbas lost his mother, father, and a little brother as well as 13 other members of their family in the UK-US allied 2003 invasion. 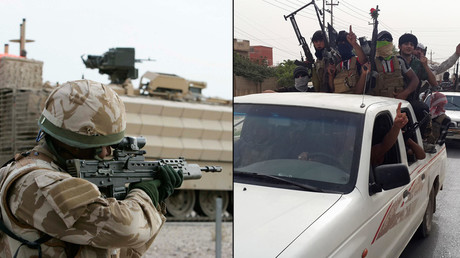 Now residing in London, he recounts terrors of the war, saying he can vividly remember the day and time “when the missile hit my home.”

“I was still young, living with my family. At 12:00 o’clock in the night I suddenly heard a very big blast hitting my home, the house collapsed on us. There was a lot of fire and I heard my family screaming and shouting,” Abbas said.

That attack left the young man disabled – having suffered burns to 60 percent of his body, he lost his arms amputated due to severe burns.

The one thing that Abbas does not understand is why the militants had to target his home and family of peaceful farmers.

“We were farmers. We had sheep and cows outside. There wasn’t a military base near to my home,” he said. “There are lots of people like me who lost some members of their family. So we have no answer for this: why they have done it – we don’t know.”

Abbas says that the Iraq’s 2003 invasion and the following regime change brought the country leaders much worse than Saddam Hussein.

“Yes, Saddam [Hussein] was a terrible person and a dictator, but what’s happening now is much worse than it was under Saddam. They took one Saddam and they got us many more Saddams,” he said. 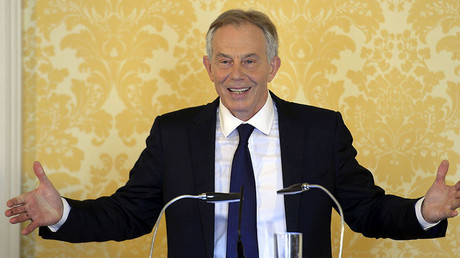 Speaking in light of the Chilcot inquiry release, Tony Blair said he was “deeply sorry for the loss of life”, but stressed that he acted in “good faith”.

“This makes me angry. He just said ‘sorry’ and he also said he would do the same thing again. They have caused so many deaths and so much suffering […],” Abbas said, adding that “to say ‘sorry’ and just walk away with it – it’s not justice.”

“I want to ask him if he wants to come back with me to Iraq and tell the Iraqi people that he will do the same thing again…” he says.

The Chilcot report also showed that Britain’s decision to bomb Iraq was not clearly evaluated as one of the major arguments for the campaign – Iraq’s weapons of mass destruction – was “presented with a certainty that was not justified.”

Abbas agrees that the WMD was just a pretext for the UK and US to initiate war which resulted in total “chaos” in the Middle East and proliferation of terrorism.

“Before the war started we knew that there were no weapons of mass destruction. We knew that they’re only coming for economic reasons and to have power in this part of the world. And you can see what’s happening today in the Middle East. Iraq, Syria – it’s all linked to the 2003 invasions of Iraq,” Abbas said.

He says that the 2003 invasion unleashed terrorists that Iraq did not know of before.

“There’s was violence but now there’s hundreds of more violence than before…If you want to rebuild Iraq again you need probably another hundred years to do this…I go back to Iraq and I see the country is destroyed,” he added.

Addas believes that former UK and US leaders should learn the lessons from the Iraq tragedy and atone for the gruesome consequences of the war.