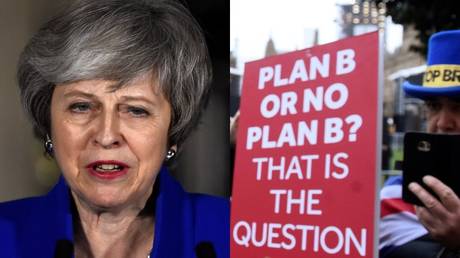 PM Theresa May has no plans to stage further talks with UK opposition party leaders who have accused her of ignoring their demands, in an attempt to broker a new Brexit agreement, as chances of securing a deal ebb away ever more.

A spokesperson for the PM has stated that May will instead focus on meetings with “a large number” of her ministers in small groups and on a one-to-one basis, the Independent reports.

The unwillingness of May to engage in more talks could potentially anger opposition leaders, who have been left frustrated by the PM’s apparent lack of compromise on some of her redlines, such as a customs union with the EU and a second referendum.

In the aftermath of the crushing defeat of her Brexit deal on Tuesday, May pledged to find a cross-party solution to the crisis, inviting opposition leaders to talks over the next steps to take to break the impasse.

All accepted the PM’s invitation apart from Labour leader Jeremy Corbyn, who told May in no uncertain terms that no discussions could take place unless she took ‘no-deal’ off the negotiating table.

Those that did attend the meeting with the PM reported unsatisfactory outcomes, with Scotland’s first minister, Nicola Sturgeon, claiming that May’s offer of talks “is a promise to listen, but only if we all agree with her.”

So everything is not on the table. PM’s offer of talks is a promise to listen, but only if we all agree with her. @theSNP won’t be complicit in more time wasting. Rule out no deal, be prepared to extend Art 50 and agree to at least consider another referendum – then we’ll talk. https://t.co/6ZRtoEfqxT

Just come out of Downing St after robust discussion with PM.

I urged her to take no deal off the table & stop blackmailing MPs.

I raised rights of 3 million & pressed hard on a #PeoplesVote

But sadly these talks are coming far too late & no sign PM is willing to compromise pic.twitter.com/HE0nPiBjO8

The Green Party’s Caroline Lucas came away from discussions saying that May should stop blackmailing MPs and that there is “no sign PM is willing to compromise.”

The resistance to engaging further on a cross-party basis increases the chances of the PM failing to put forward a meaningful Brexit ‘plan b’ on Monday, when she addresses MPs in Parliament. It’s more likely that May will issue some kind of holding statement.

The fear for the prime minister is that amendments to her statement could be tabled by MPs, which may include trying to block the threat of a no-deal Brexit or a second referendum. If such amendments are successful, it would risk inflicting irreconcilable damage, splitting her Tory party.

It comes as Downing Street says that the PM has spoken to German Chancellor Angela Merkel and Mark Rutte, the Dutch prime minister, about the ongoing Brexit crisis. No official dates have been announced for the UK to reopen negotiations with the EU.