Prime Minister Theresa May has vowed to ban “cruel and inhumane” gay conversion therapy as part of its LGBT + action plan. Opposition MPs, however, say the plan is still not enough.

The Tory government has outlined 75 steps it will take as part of its plan to stamp out discrimination and inequality directed toward the LGBT+ community.

The plan comes after a government survey of 108,000 LGBT+ people sought to identify some of the biggest struggles facing the community. It found two percent of respondents underwent gay conversion therapy, while five percent were offered it, despite the NHS in 2014 warning it is “unethical and potentially harmful.” 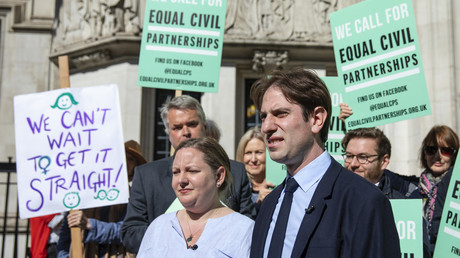 Women’s and inequalities minister Penny Morduant said the practice – which can “range from pseudo-psychological treatments to, in the most extreme cases, surgical interventions and ‘corrective rape’,” must be eradicated.

The survey – deemed to be the world’s largest study of its kind – also found two in three gay people avoid holding each other’s hands in public, while nearly a quarter found people in their workplace reacted negatively to their sexuality.

While saying the UK is a “world leader in advancing LGBT+ rights,” PM May described the responses as “overwhelming” and “shone a light on the many areas we can improve the lives of LGBT people.”

“No-one should ever have to hide who they are or who they love,” she said.

She continued: “I was struck by just how many respondents said they cannot be open about their sexual orientation or avoid holding hands with their partner in public for fear of a negative reaction. No-one should ever have to hide who they are or who they love.”

She continued: “Cruel and inhumane conversion therapies have been allowed to spread fear and hatred in our society for far too long. Unfortunately, this report does not commit to legislative change. We call on the government to bring forward legislation which proposes nothing short of a full ban.

“With one in five LGBT+ people experiencing a hate crime in the last year, we are disappointed that the government has not met Labour’s call to make these crimes an aggravated offence, the same as hate crimes based on race and faith,” she said, the Independent reports.

“It’s exasperating to see the government re-announce an announcement they made a year ago about consulting on the Gender Recognition Act. Labour is calling for the Act to be updated to ensure greater protections for trans people, and we urge Theresa May to finally work with us to make it law.”