The Adam Smith Institute have recently published my report “Killing the Cash Cow: Why Andy Haldane is Wrong on Demonetisation” on Andy Haldane’s proposal (“How low can you go?”) to abolish cash. [Disclosure: Andy and I are old friends and I criticize him reluctantly.] I think Andy has made some marvelous contributions to the economic policy debate since the onset of the Global Financial Crisis, but this isn’t one of them. Going further, I believe that those who advocate or who are even willing to entertain the abolition of cash are onto a seriously bad idea.

In this posting, I would like to outline my critique of Haldane’s proposal and put it into the context of the broader War on Cash (WoC).

Andy made his proposal at a speech in Portadown in Northern Ireland on September 18th 2015. I confess that I was horrified when I read it and wrote up a first draft shortly afterwards. For various reasons, I was unable to work on it again until this year and hence the delay in publication. In the interim period, there were further major developments of which two in particular stand out. The first was the publication of Ken Rogoff’s book “The Curse of Cash” in August 2016, and the second was the Indian WoC, the policy unexpectedly announced by Prime Minister Narendra Modi in November last year by which the highest denomination notes – the 500 and 1,000 rupee notes, making up 86% of the note supply – were to be almost immediately withdrawn from circulation. I touched on these in the revised version of my report, but chose not to dwell on them at any length because my report was already overly long and the Indian experiment is ongoing. 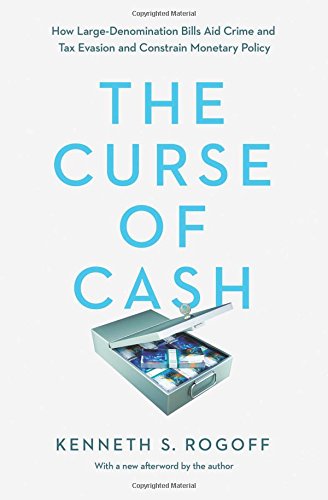