As a Marxist, I’m not very interested in the psychology of the powerful. I don’t think it matters much, and it tends to be pretty uniform and predictable anyway: self-overestimation, self-justification, moral rationalizations for every horrendous decision made, brutal callousness to human suffering beneath (at best) a veneer of concern, energies directed to machinations for increased power, cowardly accommodation to the path of least political resistance, a collective insularity of the golden-boy culture gilded with sycophants, etc. On the other hand, as a despiser of the complacent powerful, I enjoy belittling their grandiose pretensions. So sometimes I do like to wade into the muck of their psychology. 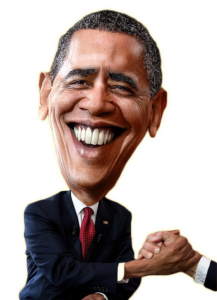 A New York Times article on May 30 entitled “How Trump’s Election Shook Obama: ‘What if We Were Wrong?’” provided an opportunity to indulge in this sordid pastime. According to one of his aides, after the election Obama speculated that the cosmopolitan internationalism of enlightened intellectuals like him had been responsible for the stunning outcome. “Maybe we pushed too far,” he said. “Maybe people just want to fall back into their tribe.” In other words, we were too noble and forward-thinking for the benighted masses, who want nothing more than to remain submerged in their comforting provincial identities. We were too ambitious and idealistic for our flawed compatriots.