Family and friends paid tribute to those they lost in the Grenfell fire at the commencement of a public inquiry into the cause of the disaster. 72 people died following last year’s blaze when the tower went up in flames.

The inquiry  which will last many months, aims to establish the causes of the fatal fire, using eye-witness accounts, videos, photos, evidence from experts, and the paper trail of the tower’s history since it was built in the 1970s.

Survivors wept on the first day as they listened to a bereaved father pay tribute to his baby son and heard a recording of another victim making his last phone call from the burning building.

Before the investigation can begin, the inquiry wants to give those still mourning those lost in the disaster an chance to pay tribute by speaking publicly about those they lost, or by showing photos or videos of deceased loved ones. 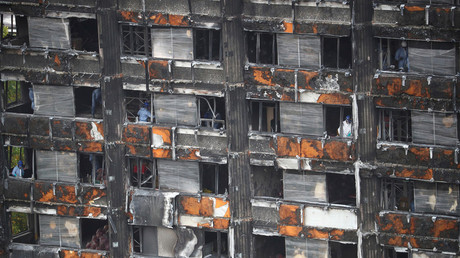 Marcio Gomes, an IT worker who fled from the 21st floor through thick, poisonous fumes with his heavily pregnant wife Andreia and their two daughters, went first with an emotional tribute to his son Logan, who was stillborn in hospital hours after the escape.

“I held my son in my arms, hoping it was all a bad dream, wishing, praying for a miracle, that he would open his eyes, move, make a sound,” Gomes said, crying, his wife by his side.

The oral hearings into the circumstances of the fire will commence on June 4.

Separately from the public inquiry, police are also conducting an investigation into the blaze. The police probe could result in criminal charges laid against individuals or organizations involved in the construction, maintenance or refurbishment of the tower.