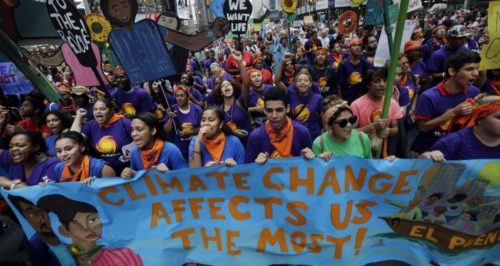 The political system in the United States is a plutocracy, one that works for the benefit of the wealthy, not the people. Although we face growing crises on multiple fronts – economic insecurity, a violent and racist state, environmental devastation, never-ending wars and more – neither of the Wall Street-funded political parties will take action to respond. Instead, they are helping the rich get richer.

The wealth divide has gotten so severe that three people have more wealth than the bottom 50% of people in the country. Without the support of the rich, it is nearly impossible to compete in elections. In 2016, more than $6.5 billion was spent on the federal elections, a record that will surely be broken in 2020. More than half that money came from less than 400 people, from fewer than 150 families.

People are aware of this corruption and are leaving the two Wall Street parties. According to the census, 21.4% of people do not register to vote, and in 2018, less than a majority of registered voters voted. According to Pew Research, independents (40% of voters) outnumber Democrats (30%) and Republicans (24%). The largest category of registered voters is non-voters. Yet, the media primarily covers those who run within the two parties, or billionaire independent candidates who do not represent the views of most people.

This raises a question for social movements: What can be done to advance our agenda over the next two years when attention will be devoted…