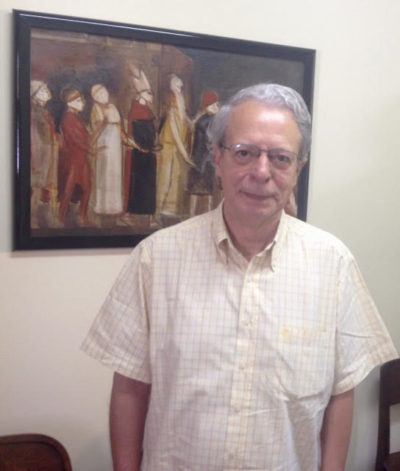 Frei Betto (Carlos Alberto Libânio Christo) was born in 1944 in Belo Horizonte, Brazil. He began his political engagement as Catholic student and was imprisoned by the military regime that seized power in 1964 and ruled until 1985. I interviewed him first in 1986 after the publication of his book of interviews Fidel and Religion. This is the first of two interviews given in December after the election of Jair Bolsonaro as president of Brazil.

Dr. T.P. Wilkinson: When we met in 1986, the Brazilian military regime was considered at an end and elected government was to be restored. 32 years later a man has been elected who claims allegiance to the military regime. He is quoted saying the military should have tortured less and killed more. You were imprisoned under that regime. Could you briefly sketch the developments in Brazil since 1986 as you saw them? Has Brazil returned to military-style rule, if not actual dictatorship?

Frei Betto: The Brazilian military dictatorship began in 1964 and ended in 1985. The civil society of our country has made important accomplishments since then: a new constitution approved in 1988, called the “Civilian Constitution”; social movements of national scale, like the CUT (Unique Workers Central), the MST (Landless Workers Movement), the CMP (Popular Movements Central) and the MTST (Homeless Movement…