The beginning of the end of the Bilderberg/Soros vision is in sight. The Old Order will cling on, even to the last of its fingernails. The Bilderberg vision is the notion of multi-cultural, international cosmopolitanism that surpasses old-time nationalism; heralding the end of frontiers; and leading toward a US-led, ‘technocratic’, global economic and political governance. Its roots lie with figures such as James Burnham, an anti-Stalin, former Trotskyite, who, writing as early as 1941, advocated for the levers of financial and economic power being placedin the hands of a management class: an élite – which alone would be capable of running the contemporary state – thanks to this élite’s market and financial technical nous. It was, bluntly, a call for an expert, technocratic oligarchy.

Burnham renounced his allegiance to Trotsky and Marxism, in all its forms in 1940, but he would take the tactics and strategies for infiltration and subversion, (learned as a member of Leon Trotsky’s inner circle) with him, and would elevate the Trotskyist management of ‘identity politics’ to become the fragmentation ‘device’ primed to explode national culture onto a new stage, in the Western sphere. His 1941 book, “The Managerial Revolution,” caught the attention of Frank Wisner, subsequently, a legendary CIA figure, who saw in the works of Burnham and his colleague a fellow Trotskyite, Sidney Hook, the prospect of mounting an effective alliance of former Trotskyites against Stalinism. 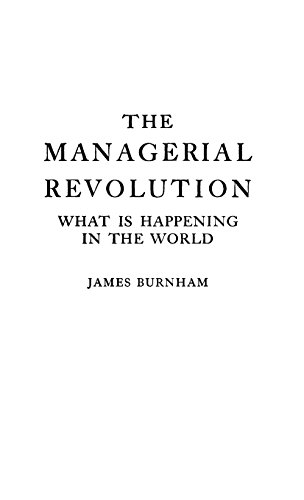 But, additionally, Wisner perceived its merits as the blueprint for a CIA-led, pseudo-liberal, US-led global order. (‘Pseudo’,…