Jones, as you may know, is a popular right-wing voice. He also founded Infowars, a far-right media outlet.

As a result, Infowars is now off every major media platform. Some people are infuriated by this. Others couldn’t be happier about it.

But I wanted Doug’s perspective… 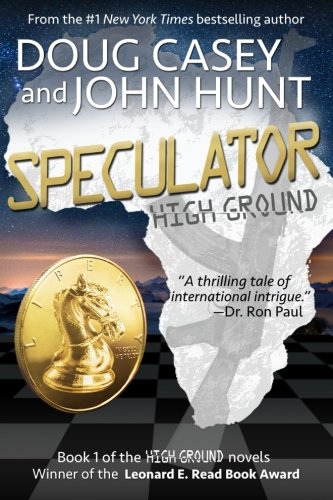 Justin: Doug, Infowars has been banned from just about every major media platform. What do you make of this?

Doug: It’s interesting that they zeroed in on Alex. I know Alex personally. I’ve been on his show a couple times, and he spoke at one of our conferences.

It’s certainly true that he’s a rabble-rouser. He often makes allegations that may not be well substantiated, he puts forward a lot of rumors, and he’s partial to conspiracy theories that may or may not be true. His style is closer to that of a carny barker, a revival preacher, or an infomercial pitchman than a university professor. But so what? His style certainly rubs the elite and liberals the wrong way—but that’s got nothing to do with why he was deplatformed.

He was kicked off because he not just implicitly, but explicitly, challenges what the Deep State thinks “loyal Americans” are supposed to believe.

I’m not familiar with everything he questions. But it’s things like what really happened…