A teenage girl used the code words ‘Alice in Wonderland’ and ‘Mad Hatter’ when referring to a terrorist attack she was planning with support from her mother and sister, a court has heard.

Safaa Boular was 17 when she allegedly plotted to carry out a grenade, gun or car attack at the British Museum, but she was arrested by police when attempting to travel to Raqqa, Syria, to marry her fiancée, an Islamic State (IS, formerly ISIS) supporter she had met online.

Duncan Atkinson, QC, opening the case for the prosecution, said Saffa’s arrest meant she could no longer put her “chilling” intentions into action. 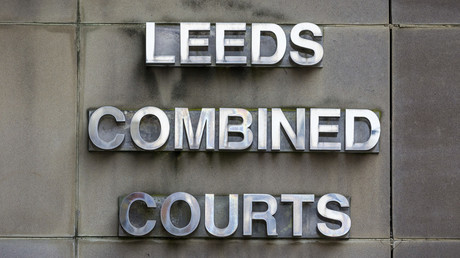 Boular is alleged to have then tasked her sister, Rizlaine Boular, 22, to carry out a knife attack on the Palace of Westminster in April last year. On the day of an alleged knife attack plot near the landmark site on April 27, police arrested Rizlaine.

Referring to Safaa, QC Atkinson said: “However, that those intentions were not just chilling but sincere and determined is demonstrated by the fact that she did not abandon them even when she was unable to put them into effect herself. Rather, she sought to encourage her sister Rizlaine to carry the torch forward in her stead.”

It is claimed Boular coordinated the attack with her sister via phone calls from jail. Rizlaine was heard saying: “It’s going to be like me like and a few sisters and stuff and we’re just going to have fun. It’s basically going to be like a tea party and stuff,” the court was told.

Their mother, Mina Dich, 43, was also alleged to have gathered reconnaissance on Westminster’s landmarks and bought knives and rucksack, including a 6 inch blade.

READ MORE: Man accused of planning to bomb Downing Street and murder May pleads not guilty

The older sister has admitted to planning an attack allegedly with the help of her mother. Safaa Boular, who lived with her mother in southwest London, has denied two counts of preparing acts of terrorism.