A teenager accused of planning a terror attack has told a London court that discrimination in the UK radicalized her and led to her to want to join Islamic State (IS, formerly ISIS) in Syria.

Safaa Boular, 18, from Vauxhall in the south-west of the capital, told the court that her strict Islamic dress resulted in her being called names like “ninja, umbrella, and postbox,” while out in public. 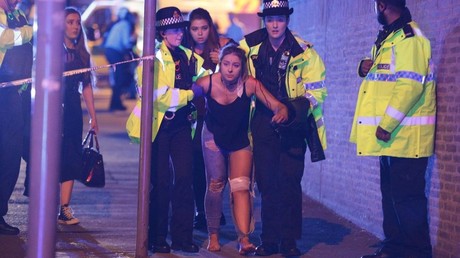 Boular, who faces two charges of preparing acts of terrorism, said she felt “covered up” in the UK, and the discrimination she faced made swapping Britain for Syria more appealing.

“A lot of people called me names in the street – ninja, umbrella and postbox – but out there all the women are the same,” she said from the witness stand.

Charges against Ms. Boular include planning to leave the UK to join IS militants in Syria, and once her IS fighter fiance was killed, planning to commit a terrorist attack back in London.

Her older sister, Rizlaine, 22, of Clerkenwell, London, has already admitted to planning a knife attack, while her mother Mina Dich, 43, has pleaded guilty to assisting her.

Prosecutors had previously argued that the sisters, along with their mother had sought out appropriate targets around major landmarks in Westminster, also purchasing a pack of knives and a rucksack.

The prosecution alleged that the group planned to attack random members of the public outside the British Museum.

The three were arrested during counter-terrorism raids last April, during which Rizlaine was shot.

Speaking in her defense, barrister Joel Bennathan QC, argued that since the age of 17, Ms. Boular had been “sexually groomed” and “groomed to be radicalized” by her fiance, and the relationship had been “encouraged” and “celebrated” by her family.

Her fiance Naweed Hussain, a man twice Safaa’s age, had initially encouraged her to move to Syria and she told the court that conversations between the two on the messaging app Telegram were “lovey-dovey”.

“At the time I was reading a lot of romantic stories,” Ms Boular said. “For me, I wanted to be married and have a romantic relationship.”

She spoke of “surreal” conversations with Hussain saying they would “go to paradise together” and about wearing his-and-her suicide belts.

After Hussain died she allegedly encouraged by her sister and mother “to become a martyr.” She was unable to do so, however, as she was arrested by police on charges of attempting to join IS in Syria.

READ MORE: Blair pleads ignorance over man kidnapped and tortured by Gaddafi thanks to MI6 intel

Giving evidence, Ms Boular said that she no longer considered herself religious and maintained that she had changed a lot over the last year, saying that the main influences in her radicalization were her sister and a recruiter she met on Twitter.

While she maintained that at first that she “did not know” that the recruiter was linked to IS, she did say that “I thought she was a radical jihadi woman.”

“She persuaded me about Hijra (migration) to Islamic land – to Syria,” she said.