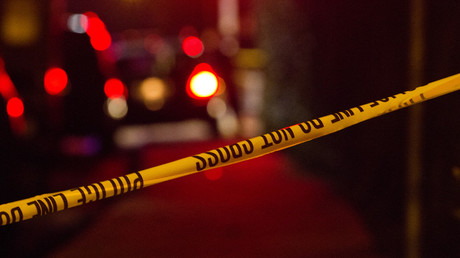 A teacher has been arrested after reports of shots fired at a Dalton, Georgia high school. No children were injured or were in any danger, police said.

Police responded to reports of shots fired shortly after noon on Wednesday. The Dalton Police Department said the suspect was barricaded inside a classroom. The teacher was arrested around 12:30 local time, the police said on twitter.

There is a barricaded subject in a classroom. It is believed to be a teacher.

Police have yet to release the suspect’s identity or any information on what might have caused the incident.

The only injury reported was one student who “sustained an ankle injury running inside the school  during the evacuation,” the Dalton PD said.

Dalton is a community of around 35,000 residents in northwestern Georgia, about 35 miles southeast of Chattanooga, Tennessee.

The incident comes two weeks after a former student opened fire at a Parkland, Florida high school, killing 17 students and faculty and wound 14 more. Democrats have pointed to the shooting as the reason for stricter gun control laws, while President Donald Trump suggested improving school security by allowing trained teachers to carry weapons.