Systemic racism and an unwillingness to confront the past have served as major roadblocks to the US adopting federal anti-lynching legislation, a law professor told RT. 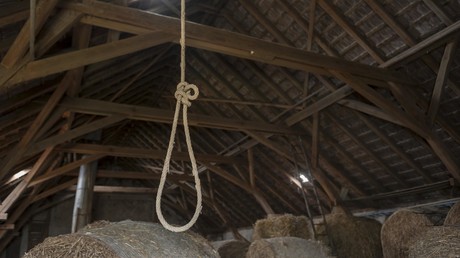 After more than 200 attempts to pass anti-lynching laws since 1882, the US Senate in December finally voted through a bill that would make lynching a federal crime. The Justice for Victims of Lynching Act explicitly states that murder by two or more people, motivated by race or religion, can result in a life sentence. The legislation still faces a vote in the House before becoming law.

After decades of legislative stonewalling, the anti-lynching bill would not be applied retroactively, meaning that it could not be used to prosecute past lynchings – essentially offering “the silent promise of minimal risks to lynchers and supporters,” Angela Allen-Bell, a professor at the Southern University Law Center, told RT.

While existing hate crime laws make the bill largely redundant, its successful passage could serve as a small step towards coming to terms with the United States’ long history of racial injustice. Allen-Bell pointed to recent efforts to remove Confederate-era monuments as evidence of a wider movement aimed at confronting racism and discrimination in the country.

“There has been an awakening about a sense of regression taking place insofar as tolerance for open acts of racism and discrimination. Racial healing has gained newfound credibility as a result of these present tensions in society. All of these competing forces likely punctuated the importance of the presence on this issue of lynching.”


Upwards of 4,700 people – the vast majority of them black – were lynched between 1882 and 1968, according to the NAACP, and over 99 percent of the perpetrators escaped punishment. As Allen-Bell noted, the United States has long avoided undertaking “an honest assessment of the legacy of slavery, lynching, and the aftermath.” The first memorial to victims of lynching opened in Alabama in April and was financed by private foundations.

For the professor, “racial healing” still has a long way to go.

“Lynching was one way of maintaining a system of white supremacy,” she said. “Acts are easy to outlaw; desires, motivations and bad intentions are not. And that is one of the reasons attempts to secure federal legislation has taken one hundred years.”