Neocon Max Boot now says it’s better for the Syrian people if Assad stays in power. But we still can’t get the American Left to come to its senses about Syria.

Louis Proyect says in Counterpunch that the suffering coming out of East Ghouta is “on a massive scale reminiscent of Leningrad in 1941.”

According to Wiki, a million and a half people died during the Leningrad siege. According to the authoritative-sounding Syrian Observatory for Human Rights — one anti-Assad guy in a Coventry flat, relying mostly on reports from anti-Assad fighters — 1,000 people have been killed in East Ghouta, horrible to be sure but not Leningrad. In Leningrad, people were reduced to cannibalism. There was cannibalism in Syria in 2013: a commander for a portion of the Left’s beloved Free Syrian Army cut the lungs out of a Syrian Army soldier and ate them on camera. A “moderate” rebel eminently worthy of CIA dollars — and spicy recipes. 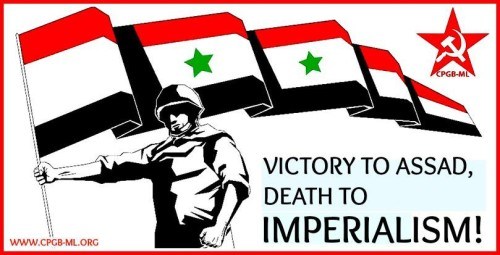 While bringing up Lou-dicrous comparisons to 1941 Leningrad, Proyect fails to mention the US-destroyed Raqqa and Mosul from which dead bodies are still being found and dragged out of the rubble. Rest assured that the Great Satan will not rebuild those cities as Assad is doing with Palmyra and Aleppo. To the colonized mind of the American Left, the crimes of America’s enemies are always worse and more worth talking about than the crimes of America itself. US airstrikes were responsible for most of the 40,000 dead civilians in Mosul…