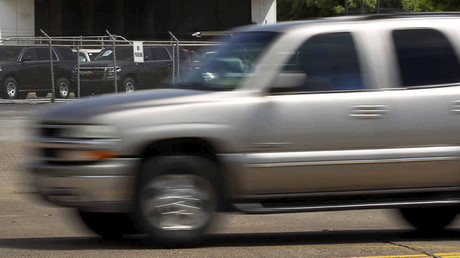 A car accidentally plowed into a New York City laundromat, injuring six people on Sunday. Surveillance cameras captured the dramatic scene around 8am at the Page Laundromat in Tottenville, Staten Island.

Six people were transported to Staten Island University Hospital North. Three with serious, but non-life-threatening, injuries, and three were treated for minor injuries.

The car’s 74-year-old driver is thought to have confused the gas pedal with the brake, according to police.

Speaking with RT.com, the owner of the laundromat, Bon Koo, said he plans on filing a police report to claim from his insurance to cover the costly repairs.

Four washers, four dryers, a vending machine and new glass storefront will all need to be replaced.