Labour MP John Woodcock, suspended from the party over sexual harassment allegations, has cast doubt on the “integrity” of the process as he queried how details of his case were leaked to the press.

Woodcock, a fierce critic of Labour leader Jeremy Corbyn, was suspended amid claims he sent inappropriate messages and emails to a former female staff member during the two years she worked at the party. The Daily Mirror reported on Sunday that the woman had left her job in 2016 because the correspondence made her feel uncomfortable.

The MP for Barrow and Furness, who is the partner of the Spectator’s assistant editor Isabel Hardman, has said he does not accept the claims. He went on to say that, following the complaint made last November, Labour’s harassment panel referred the case to the party’s national constitutional committee. 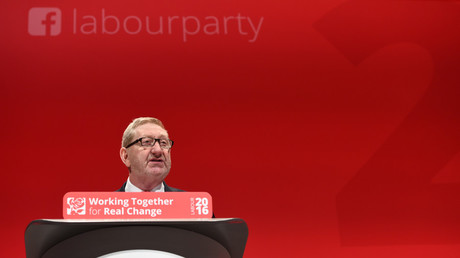 “I was advised to maintain the confidentiality of the case to ensure the fairness of the process and to reassure other complainants that they could bring forward cases without being exposed to unwelcome publicity,” the MP said.

“I do not accept the charge being brought against me but have been co-operating fully with the process and remain committed to a thorough and fair investigation of the case. I am therefore very concerned that one of the very few individuals with knowledge of the case chose to place selective details of it in newspapers this weekend.”

A Labour Party spokesperson said he had been suspended “pending due process” and added “it would not be appropriate to comment further on an ongoing case”.

Woodcock is a staunch opponent of Corbyn, who he already said he would not support as prime minister. He recently criticized the leader’s response to the poisoning of former Russian double agent Sergei Skripal and his daughter Yulia in Salisbury, as well as the alleged chemical weapons attack in the Syrian city of Douma in April.

Local party members reported him to Labour’s National Executive Committee for persistent attempts to undermine Corbyn. Woodcock has consistently come under fire for his support of Turkish leader Recep Tayyip Erdogan, whom he lauded in a 2017 article penned in the pro-government newspaper Daily Sabah. He also faced criticism for a recent visit to Saudi Arabia and has faced his own accusations of anti-Semitism.

Woodcock is the second Labour MP to be suspended within just six months over sexual harassment. Kelvin Hopkins, who has been MP for Luton North since 1997, was hit with allegations of sexual misconduct against 27-year-old activist Ava Etemadzadeh. Hopkins was one the 37 MPs to nominate Jeremy Corbyn as a candidate for Labour leader when he won power in 2015.

Ms Etemadzadeh claimed that following a Labour event at the University of Essex in 2013, “he hugged me to say goodbye, held me too tight and rubbed his crotch on me, which I found revolting,” the Guardian reported.