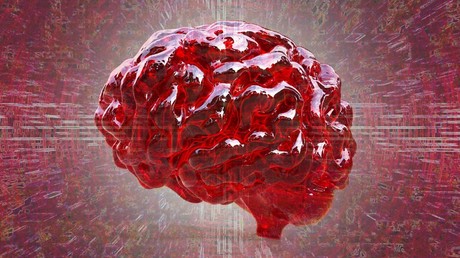 A team of US scientists believe they may have discovered the chemical origins of human spirituality in a particular part of the human brain.

Religious, supernatural and even meditative moments can create all manner of human reactions, changing people’s emotional and psychological state. And, while supernatural events or incidents stemming from a mystical being on-high remain difficult to explain, scientists believe they now know where all the magic happens inside the human brain.

READ MORE: Here’s why you shouldn’t charge your brain implant during a lightning storm

The study, by researchers at Yale University, has been published online in the Cerebral Cortex journal, and it posits that experiences that transcend the ordinary sense of self have a neural base in the parietal cortex.

“Spiritual experiences are robust states that may have profound impacts on people’s lives,” said Marc Potenza, a neuroscientist at Yale University. “Understanding the neural bases of spiritual experiences may help us better understand their roles in resilience and recovery from mental health and addictive disorders.”

The parietal lobe is the part of the human brain responsible for people’s spatial thinking. For the recent study, scientists interviewed 27 students about stressful and pleasant moments that had occurred in their lives.

Recordings of these interviews were later relayed to the students as they underwent MRI scans, documenting activity in the brain as they remembered significant life events. Even though the experiences differed, the researchers were able to pinpoint reactions in the same part of each person’s brain.

According to Yale University, further study is required to discover if any other elements of the brain feed into the parietal cortex activity.