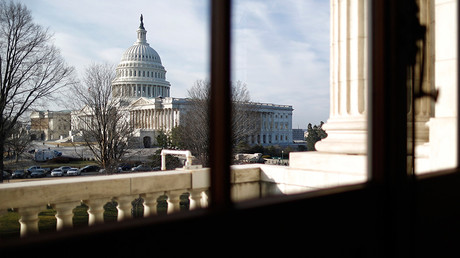 The Tax Cuts and Jobs Act passed in the Senate in the early hours of Saturday now has to be combined with the House version passed in November to make a final law.

The Senate bill grants tax breaks to corporations and the wealthy, with the middle class set to get some reward, too, albeit smaller and more time-limited. But after lengthy debate and frenzied last-minute alterations, some of its provisions can seem a bit out there at first glance, while others have little to do with actual tax.

Hallelujah! Churches can canvas for politicians

The tax plan seeks to repeal the 1954 Johnson Amendment, which bans churches and other non-profits from carrying out political activism. This would allow religious organizations to support a candidate while still keeping their tax-exempt status. This could make churches a powerful force of influence in politics, and opens up the risk of “sham churches” being formed to funnel money to candidates, the New York Times reports. Trump promised to do this on the campaign trail, and it has been opposed by some religious leaders.

The House version of the tax bill wants to get rid of the estate tax altogether, the portion of dead person’s wealth that is taxed when it is being passed onto their children. The Senate bill wants to double the amount of money parents can pass on without being taxed to $11 million. This is a major tax break for the likes of Trump, his family and their fellow wealthy friends.

The Senate bill has a sneaky pro-life provision dressed as a tax break for parents. The provision states that parents can use tax-free college saving plans for a “child in utero,” which the provision explains means “an unborn child means a child in utero.” However, parents are already able to use college savings accounts for children that haven’t been born yet, they simply switch the benefactor’s name to their child’s once it is born. This addition specifically refers to, and defines, the “unborn child,” which critics say is a way to strengthen the pro-life movement.

A very non-tax related addition to the Senate bill was squeezed in that would open the Alaska National Wildlife Refuge to drilling. This is a goal of Republican Senator Lisa Murkowski, who may have promised her vote for the provision being added in.

The IRS places an excise tax on each flight an aircraft makes. The bill seeks to make maintenance, fuel and other support costs of running a private plane exempt from the excise tax.

Foreign airlines such as Qatar Airways, Etihad and Emirates will face corporate tax for landing in US airspace, ending a tax exemption for the airlines. The provision applies to airlines with headquarters in countries where the US does not have a tax treaty, and where US airlines don’t land in that country more than twice a week.

The airline provision was added by Sen. Johnny Isakson of Georgia, who the Intercept reports is a major beneficiary of campaign donations from Delta Airlines, which of course could gain a competitive edge if its foreign rivals face extra taxes.