Classicist Mary Beard has risked the ire of the #MeToo supporters, suggesting the campaign should focus less on “isolated” incidents of misconduct and do more to tackle the wider issue of sexual harassment.

The broadcaster and historian also said the Times Up campaign, which was launched in response to the Hollywood sexual abuse scandal, should invest more effort in trying to protect women rather than holding men to account for single incidents of inappropriate sexual behavior. 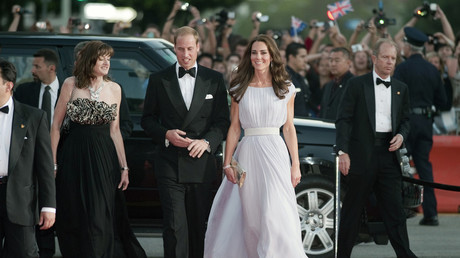 She seemingly excused “one-off” perpetrators, stating “we all we all have bits of mistaken casual behavior.”

While acknowledging the campaign’s success in making sex abuse against women subject of public debate, Beard expressed doubt over its obsession to “collect scalps.”

“I think there is a tendency to cherry-pick events and take them out of context,” she said. “Perhaps we are too worried about isolated examples of inappropriate behavior by men.

“We all have bits of mistaken casual behavior that we regret, right?” she added in an interview with Radio Times. “It’s hard to not feel slightly pleased about the fall of Harvey Weinstein. He was so big.

“He was brought down, and that was empowering. But my aim isn’t just to collect scalps, but to make sure that this doesn’t happen again,” she added.

The BBC historian went a step further, saying: “If the price for getting men to stop was an amnesty, then I would wave the magic wand and make it happen.”

Beard’s comments come after the acclaimed historian was reduced to tears over the weekend as she was scolded online over a tweet. Beard was accused of excusing the behavior of Oxfam aid workers accused of sexual misconduct in Haiti, after she posted: “I do wonder how hard it must be to sustain ‘civilised’ values in a disaster zone.”

Critics subsequently accused Beard of acting like a “colonialist.”

People are going to bat for Mary Beard because they like her. I like her too! But that tweet definitely had some racist, colonialist undertones to it. That doesn’t make Mary Beard a hatemonger. BUT

She responded to the accusation saying:

an illicit PS: If you actually want to know, I am sitting here crying. I am not really not the nasty colonialist you say I am. I speak from the heart (and of cource I may be wrong). But the crap I get in response just isnt on; really it isnt. Back soon.