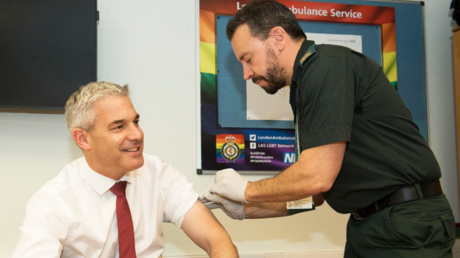 Steve Barclay, who supports leaving the EU, has been confirmed as the UK’s new Brexit Secretary, as Theresa May looks to replace cabinet members who have resigned in the fallout from the UK/EU withdrawal deal.

The little-known MP for North East Cambridgeshire had been serving as a minister at the Department of Health and Social Care. He will replace Dominic Raab, who quit earlier this week over the EU withdrawal agreement.

Unlike his predecessors, Barclay’s role will be limited to getting the Brexit bill through parliament and to preparing the country for the process. May will lead the negotiations personally.

READ MORE: May is either ‘completely useless’ or ‘plots’ to keep UK in EU – UKIP leader to RT

Barclay joins Amber Rudd in the cabinet, the latter replacing Esther McVey as Work and Pensions Secretary. Earlier this year Rudd resigned over her mishandling of the Windrush scandal.

Barclay –a former director at Barclays Bank– has previously held the posts of City minister and was whip at the Treasury.

The MP, who has been in parliament since 1994, has been hailed for his loyalty, having reportedly never voted against the government.

A minister texts to say Steve Barclay is a very close friend of May’s chief of staff Gavin Barwell, so “unlikely to resign in a huff like the previous incumbents.”

His promotion left many political commentators scratching their heads, and journalists scrambling for information as to who he was.

It comes after Environment Secretary Michael Gove reportedly turned down the role. The Brexiteer reportedly wished to renegotiate the withdrawal deal should he take up the position, a demand seemingly too far for May.

Barclay is the third Brexit Secretary since the role was created, following Raab and David Davis, who resigned in July over May’s Brexit plans.

A week of turmoil saw resignations from the government were accompanied by Tory MPs sending letters of no confidence in the Prime Minister. Some 20 MPs have publicly declared that they have sent their letters, significantly below the 48 needed to trigger a leadership election.

May responded to the open rebellion by declaring that she intends to stay the course and oversee Brexit.