A federal judge has ordered opposition research firm Fusion GPS to answer a series of questions on the Steele dossier, which contained unverified allegations against Donald Trump, and helped start the ‘Russiagate’ probe.

The ruling was issued by a US district judge in Florida on Tuesday, in a defamation lawsuit filed by a Russian tech executive against BuzzFeed News, which published the full, unverified dossier in January 2017. Multiple other outlets, including CNN and the New York Times, declined to publish the dossier, as they could not verify its claims.

Now, Fusion GPS will have to answer a wide-ranging series of questions; about the Democrat-connected law firm that requested the dossier, about the efforts the company made to fact-check its allegations, and about the man who actually compiled it; former British spy Christopher Steele.

Compiled by Fusion GPS as a piece of opposition research for the Democratic Party in the run-up to the 2016 election, the dossier contained a series of salacious and scandalous claims about the then-presidential candidate. Among them was the claim that Trump had been recorded by the Russian Federal Security Service (FSB) when hiring two Russian prostitutes to urinate on a bed in a Moscow hotel room in 2013. 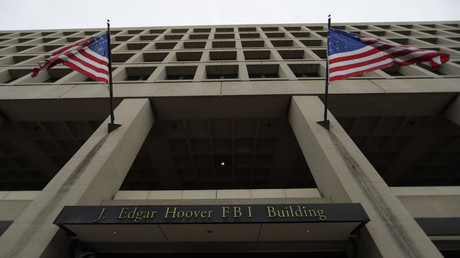 Aleksej Gubarev, the Russian tech executive suing BuzzFeed News, is mentioned in 17 of the dossier’s 35 memos. It is alleged that Gubarev was “recruited under duress” by the FSB, and that a web hosting company owned by Gubarev infiltrated the networks of the Democratic National Committee.

“This ruling gave us everything that we had hoped for,” Gubarev’s lawyer, Evan Fray-Witzer, told The Daily Caller.

“After a year of trying everything they could think of to avoid being deposed, Fusion is finally going to have to sit down and answer our questions.”

“They (BuzzFeed) knew that falsely accusing people of serious criminal activity could ruin lives, but they decided that getting traffic to their website was more important than the truth,” Fray-Witzer continued. “It was all about clicks and dollars for them. Nothing else mattered.”

Last month, Steele himself gave a deposition to be used in the Gubarev case, after being compelled to do so by a British court last year.

President Trump has repeatedly slammed the intelligence community, including former FBI Director James Comey, and former CIA Director James Brennan, for using the dossier, which they allegedly knew was unverified, to authorize surveillance on the Trump campaign team, and start the ongoing ‘Russiagate’ investigation.

So we now find out that it was indeed the unverified and Fake Dirty Dossier, that was paid for by Crooked Hillary Clinton and the DNC, that was knowingly & falsely submitted to FISA and which was responsible for starting the totally conflicted and discredited Mueller Witch Hunt!

Fusion GPS has until August 31 to sit for a deposition. The case goes to trial in Miami, Florida, in November.