A Conservative MP with a history of stirring anti-Russian sentiment and fear-mongering has called on the UK’s communications regulator Ofcom to be given special, stronger powers to deal with Russian broadcasters.

Isle of Wight MP Bob Seely led a debate on Russian Federation activity in the UK and across the globe – yet another chance for the firmly anti-Russian MP to air his grievances against the Kremlin.

Seely said that “Russia Today, or RT, whatever they’re calling themselves this week” – referring to the not-so-hard-to-grasp 2009 name change of the international news network – accused the channel of running propaganda and said that such organisations should come with a “health warning.” 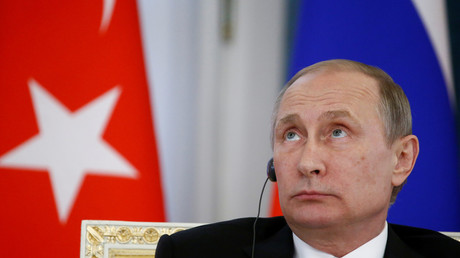 “I am suggesting that TV stations that don’t have an independent editorial line should have to advertise that,” he said, before later stating that Ofcom should be given more power to deal with the Russian broadcaster.

“Investigations by Ofcom take up to a year and, against the West, RT and Sputnik churn out a regular diet of anti-Western nonsense,” Seely said. “I don’t believe we should ban RT or Sputnik… but we need to strengthen Ofcom’s powers. Fines, right of reply, and ensure that Ofcom investigates broadcasters of knowingly fake and propagandistic news more quickly.”

The Tory politician is no stranger to using his position in the public eye to attack the Russian state; on June 4, the MP released a ‘study’ – anti-Kremlin propaganda masquerading as a peer-reviewed paper – for neoconservtative think-tank the Henry Jackson Society.

Seely, who during the debate called for the strengthening of laws to restrict dirty money or finances from unknown sources in the UK, partnered with the think-tank accused of similar secretive behavior: pulling funding in 2014 for two parliamentary groups which focused on homeland and international security after refusing to disclose its donors to the Commons’ standards watchdog.

According to Seely’s June paper on Russia, the study was peer-reviewed by staunch anti-Russian academic Dr Andrew Foxall. Seely’s document does refer to two others who also reviewed the paper, but it fails to name them.