Experts have warned about the specific and growing threat posed by women and children who traveled to Syria and Iraq to join jihadists before returning to Britain, claiming statistics have been largely underestimated.

According to research by the International Centre for the Study of Radicalization (ICSR) at King’s College London, 850 Britons traveled to Syria and Iraq between April 2013 and last month, including 145 women and 50 minors.

Of the 425 who returned to the UK, only two women and four minors were confirmed as being among them, according to the report ‘From Daesh to Diaspora: tracing the women and minors of Islamic State.’ 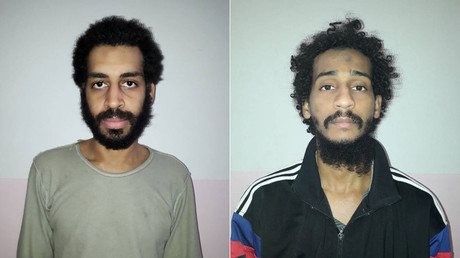 “The British citizens that have now been confirmed as returning to the UK have not been differentiated by gender, or age delineation, though women and minors accounted for 23 percent of British IS affiliates in Syria and Iraq,” ICSR researcher Joana Cook said.

“We believe some women may now pose a particular security threat based on several factors. These include the physical security roles and related training that some women have undertaken in IS-held territory, and the potential to transfer or apply these skills in other locations, or to their children.

“The narratives within IS itself related to women’s roles in combat have also evolved, broadening the circumstances under which women may be asked to take up arms. We have also seen women active in IS-linked plots (directed or inspired by the group) in countries such as France, Morocco, Kenya, Indonesia and the US, suggesting that women are indeed important to consider as potential threats,” she said, the Guardian reports.

The research, written by Cook alongside co-researcher Gina Vale, explains how the threat posed by women is “evolving” with females increasingly likely to be the perpetrators of attacks.

Last year, a teenager was found guilty of plotting a terrorist attack on London’s British Museum. Safaa Boular, 18, of Vauxhall, London, became the youngest female ISIS terrorist convicted in Britain. She was also found guilty of an earlier attempt to travel to Syria for terrorism.