A state of emergency will be in effect during the upcoming anniversary of the unrest in Charlottesville, the Virginia governor announced. National guard troops will aid the police in securing the city against possible protests.

Governor Ralph Northam made the announcement in Charlottesville on Wednesday, saying the state of emergency will be in effect August 10-12. He authorized $2 million in state funds for security support and authorized the Virginia National Guard to assist the local authorities.

“Declaring this state of emergency in advance of the anniversary and the related planned events will help us ensure that the state and the city have all available resources to support emergency responders in case they’re needed,” Northam said.

Charlottesville has refused to grant a permit for another ‘Unite the Right’ rally, after last year’s event devolved into violence when police ended up pushing together white nationalists and ‘antifa’ counter-protesters, instead of separating them. Dozens were injured in the resulting melee.

Two Virginia state troopers who were assisting the authorities by observing the unrest from the air died when their helicopter crashed on August 12. The cause of the crash is still being investigated.

Later in the day, one of the participants of the white nationalist march drove his car into a crowd of counter-protesters, killing one and injuring 19 others. James Fields was charged with a hate crime for the death of Heather Heyer and is currently on trial. 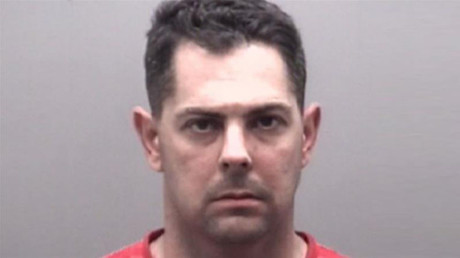 This time, the authorities are setting roadblocks in downtown Charlottesville and have banned a number of items, including glass bottles, metal containers, guns and just about anything that could be used as a weapon. Masks, hoods or anything that can conceal the face have also been banned.

The organized response is in stark contrast with last year, when the city council and the police mismanaged the volatile gathering. A damning independent report, released in December 2017, said the city failed at “one of the government’s core functions – the protection of fundamental rights,” while the law enforcement “failed to maintain order and protect citizens from harm, injury, and death.”

“Despite clear evidence of violence, police consistently failed to intervene, de-escalate, or otherwise respond,” the report said. “These shortcomings contributed to a chaotic series of events that led to violence and death.”

Following the publication of the report, Charlottesville Police Department Chief Al Thomas abruptly retired. Mayor Michael Signer, an alum of John Podesta’s Center for American Progress, was not re-elected after his first two-year term. He was succeeded in January 2018 by social justice activist Nikuyah Walker.

Organizers of the 2017 ‘Unite the Right’ rally have been granted a permit for a sequel in Washington, DC. It is scheduled for Sunday afternoon outside the White House.