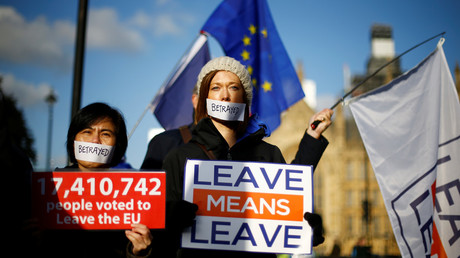 As the clock ticks down towards the UK exiting the European Union, RT’s new Brexit video series will cut through all the jargon and the horse-trading to bring you the news of developments that really matter.

More than 600 days since Prime Minister Theresa May signed Article 50 and triggered the withdrawal process, the fate of Brexit, the Conservative Party and, indeed, the entire United Kingdom remains a mystery.

With little more than 100 days until Britain is due to leave the EU on March 29, RT’s new Brexit In Video project will bring you a fresh look at the countdown to the most-talked about event in UK political history.