Billionaire liberal financier and political meddler George Soros has purchased $3 million-worth of stock holdings in the publisher of the New York Times, the investor’s first such purchase in over a decade.

Soros bought 126,400 shares in the New York Times Company through Soros Fund Management LLC, his investing firm. According to a filing to the US Securities and Exchange Commission (SEC) last month, the shares are worth $3,046,000.

According to the same filing, Soros also invested money in Tribune Media Company and in Time Warner Inc. 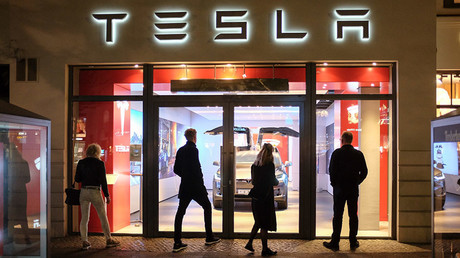 Soros’ latest purchase marks the first time in over a decade that the billionaire has sunk money into the New York Times. In 2007, Soros bought $470,000 worth of shares in the newspaper.

It is unclear whether Soros’ growing involvement with the Times will affect the paper’s editorial line, especially considering  that his $3 million investment is a fraction of the paper’s $3.6 billion value. Soros is well known for his liberal views, however, and publicly supports –and funds– a variety of progressive and neoliberal causes, through NGOs like his Open Society Foundations.

Dan Gainor, vice president of business and culture at the conservative Media Research Center, told the Washington Free Beacon that it would be “naive” to disconnect Soros’ investment from his views.

“Soros has long had influence or given direct funding to a wide range of journalism operations from NPR to ProPublica,” Gainor said. “This is still a big step to be buying a $3 million stake in the top liberal outlet in America.”

After throwing more than $10.5 million into Hillary Clinton’s failed election bid in 2016, Soros has also made no bones about his desire to see President Donald Trump –who he recently called the “ultimate narcissist”– impeached and removed from office. Trump’s victory reportedly cost Soros almost a billion dollars on the market.

Since Trump’s election, Soros has taken to sponsoring leftist candidates in district attorney races across the country, in a bid to reshape the American justice system in his own progressive image. After donating $50 million to the American Civil Liberties Union in 2014, he has spent over $9 million funding candidates in 14 cities. In San Diego alone, he spent $1.5 million propping up Democrat Geneviéve Jones-Wright’s unsuccessful campaign.

Before dabbling in American politics, George Soros made a fortune ‘shorting’ Great Britain’s pound sterling, which resulted in the currency’s collapse in 1992. In his native Hungary, Soros has been accused of tampering in internal affairs and pushing pro-immigration policies to destabilize Europe.