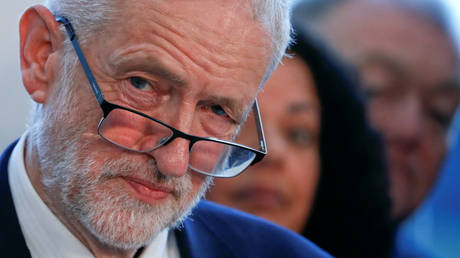 A series of Daily Mail articles claiming to reveal Labour leader Jeremy Corbyn’s “extremist views” and evidence of both his laziness and ruthlessness is being mocked as social media users list all the ways he is a #DangerousHero.

The dramatic articles published in the Mail on Sunday are based on content from a book by Tom Bower called ‘Dangerous Hero: Corbyn’s ruthless plot for power’, and contain some “horrifying” tid-bits such as the fact Corbyn can’t even tell the difference between Tesco and Heinz baked beans, and that he “found no pleasure in medieval towns,” both well-established indicators of a dangerous, ruthless personality.

One of the stories in the Daily Fails 21 page hatchet job was how Corbyn couldn’t tell the difference between Hienz Baked Beans & the Tesco’s own brand.

Time to reconsider my membership. #DangerousHero

So it seems-horror of horrors- #JeremyCorbyn liked eating baked beans and going on camping holidays in Eastern Europe. Will Tom Bower find the person in the next tent kept awake by the devilish Corbyn’s farting? A Nation Awaits. #DangerousHero

Enjoying the Mail on Sunday accusing Corbyn of being a fairweather Arsenal fan who doesn’t much enjoy football but wants the man-of-the-people kudos that goes with it. As if that wasn’t 50% of Arsenals fanbase.

Despite jaw-dropping reveals such as the fact that Corbyn “never talked about buying a bigger home or car or increasing his income,” and isn’t a big enough fan of Arsenal football team, the multiple articles failed to have had the desired effect, with social media users mocking its content, and even claiming it made the Labour leader more attractive.

Is calling the Corbyn exposé #DangerousHero supposed to make us lowkey fancy him? Asking for… a friend.

OMG! How could anyone ever consider voting for #JeremyCorbyn after these shocking revelations!#TW Scary stuff coming up!

I’m happy to call him a #DangerousHero
He is a danger to the 1% & their friends, that makes him a hero to those who can barely afford to live these days.

People cited the ways they think Corbyn really is a dangerous hero and some said he was only “dangerous” to the one percent of the population with the greatest wealth.

A man advocating for peace and no more war, end poverty across the UK, investing in communities and people and wants education as a right and wants to make sure the rich pay their fair share is only a threat to the naive and the elite #DangerousHero

Others pointed to  examples of Corbyn coming to the defense of professor Ralph Miliband attacked by the Daily Mail and his own recent handling of a question from the outlet’s reporter suggesting he seeks revenge for unfavourable coverage..

Some social media users presented evidence of their own to suggest author Bower is racist, and fired shots at the Mail.

All jokes aside, it’s clear that from his Mail on Sunday piece that Tom Bower is just an unapologetic racist #DangerousHeropic.twitter.com/P53OuAywuG

The #DangerousHero stuff is election material.

We’re closer than ever to a socialist government.

If the Hitler-supporting, racist, lying, hate-filled, tax-evading Daily Mail are laying into Corbyn again, I support him more than ever!#DangerousHero

The Mail on Sunday’s wretched, desperate attack on Jeremy Corbyn and Diane Abbott – who they describe as the “antithesis of a white, middle-class English woman” – is dripping with sexism and racism and reveals nothing but their utter terror of the Tories being booted out of power