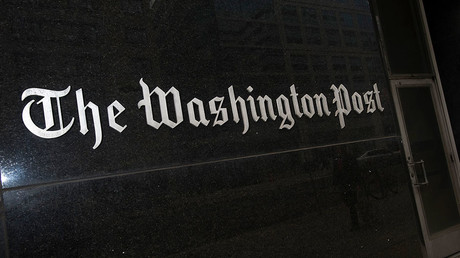 The Washington Post’s latest “bombshell” has alleged that a rookie journalist who published on left-wing and fringe websites was actually a Russian troll acting on Kremlin orders.

Alice Donovan, or someone writing under that name, published five stories on the left-wing website Counterpunch along with a handful of other less-known websites, the Washington Post reported Tuesday. The Post cited “internal bureau reports” to call Donovan a “pseudonymous foot soldier in an army of Kremlin-led trolls seeking to undermine America’s democratic institutions.”

The Daily Beast re-published the story under an even more sensational headline: “Kremlin troll wrote for far-left US sites.”

While the Post and Beast claimed the curious case of Alice Donovan is part of a Russian disinformation campaign, many social media users were not convinced.

If you still don’t recognize that Russiagate has become a McCarthyite cudgel to attack leftists who refuse to genuflect to the neoliberal Democratic Party and who criticize murderous US foreign policy, wake up. It can’t get any more blatant at this point.https://t.co/L2NeuKLYmt

Viewpoint magazine’s Shuja Haider poked fun at the allegation that Donovan is linked to Russia.

The Daily Beast’s headline prompted a heavy backlash, too.

So? If the information is correct, why does it matter where it was written? Xenophobes.

She only had 48 followers. There was no influence there.

For its part, Counterpunch could not find clear evidence that confirmed or refuted Donovan’s existence.

According to Counterpunch, however, Donovan was never paid. Of the five articles she wrote, “none of these submissions were commissioned and she wasn’t compensated for any of the stories.”

The New Republic editor Jeet Heer said that even if Donovan were paid, it would be a poor strategy.