Facebook’s chief technology officer could offer nothing but promises to do better as he was taken to task by British MPs over the Cambridge Analytica data scandal on Thursday.

Facebook’s chief technology officer could offer nothing but promises to do better as he was taken to task by British MPs over the Cambridge Analytica data scandal on Thursday.

Mike Schroepfer faced a five-hour grilling in Westminster as he gave evidence on Facebook’s role in the scandal as part of the Digital, Culture, Media and Sport Select Committee inquiry.

Inquiry chair MP Damian Collins put forward questions regarding the use of Facebook users’ data to allegedly influence the Brexit referendum and US presidential election.

Mark Zuckerberg appears to have been much better prepared than Mike Schroepfer. Or, is it that Facebook are coming under much tougher scrutiny by DCMS then they were by US Congress?

Collins asked whether the Internet Research Agency (IRA), a Russia-based company accused of churning out fake news during the US presidential campaign, had used Facebook’s targeting tools.

“It is a terrible idea that a nation state is using our product to interfere in a democratic election by masquerading as citizens of the US. We were slow to understand the impact of this.“

However, despite the influence the Russian company was said to have had, Schroepfer puts its Facebook spending at an almost nonexistent level.

“We did look for connections between the Russian IRA and the Brexit election, we found $1 of spend… almost nothing. Is it possible we missed something? Yes. I do think we looked pretty hard.“

In contrast, Schroepfer then revealed that AggregateIQ, a Canadian company linked to UK political analysis firm Cambridge Analytica, had spent $2 million (£1.4 million) on the Brexit referendum in 2016.

MPs doing a pretty good job and, to be fair, Mike Schroepfer is engaging more than I’ve heard from a Facebook senior exec. https://t.co/8Yj06F4NW7

Tory MP Julian Knight was particularly critical of Facebook’s involvement with Cambridge Analytica. “I put it to you that Facebook is a morality-free zone,” he said. “You aren’t an innocent party maligned by the likes of Cambridge Analytica: you are the problem.“

“I respectfully disagree with that assessment,”  Schroepfer said. “You want us to say we’re responsible, which we have on multiple occasions, and you want transparency on ads and other things. The core of our job is to build a service which helps millions of people connect with each other around the world every day.“ 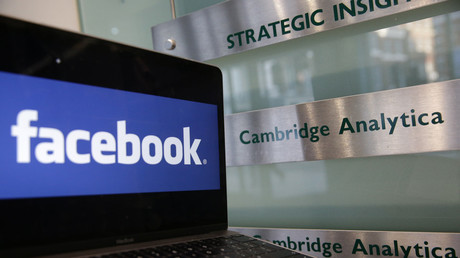 The executive promised to make political advertising far more transparent in time for 2019’s local elections in the UK, but admitted that there was currently no way for people to opt out of it entirely.

Addressing Facebook’s data and advertising practices, he said it was his understanding “that what we do now is completely legal.”

Earlier this week, the committee heard from Aleksandr Kogan, the academic who designed an application that was later used to scoop up the personal details of Facebook users. He sold access to the app’s information via his now-dissolved company, known as Global Science Research (GSR).

Kogan claimed a prior testimony given to the British government by Alexander Nix, the suspended former CEO of Cambridge Analytica, contained fabrications. Kogan also said whistleblower Christopher Wylie had “invented many things,” and that he believes he is being used as a scapegoat by Facebook.

But during his testimony, Schroepfer made the sensational admission that his social network did not always read an application’s terms and conditions in great detail. “Not never, but rarely,” he said in response to a question asking if it fully audited every app.

When  Collins suggested Facebook’s enforcement on what developers could be improved, Schroepfer replied: “I think the starting point is people understanding, is this a random game they’ve never heard of or a big brand like Spotify.“

“I think we need to do everything we can to inform the consumer, to police bad behavior, ideally to review the apps before they go on to ensure there’s no bad behavior on the platforms.“

Schroepfer, like Zuckerberg, appears to view the world in binary terms — good/bad actors etc — and otherwise, also like Zuck, avoids answering questions by repeating himself per script. These boys seem oddly unformed as humans… https://t.co/NasZxUJiQQ

The committee continually voiced frustrations that Facebook CEO Mark Zuckerberg did not appear at the inquiry himself.

“He is trying to dedicate his time, in the office, to solving these problems. I’m trying to do my best to answer the questions. We thought, given you wanted to go into fake news, about our plans,” Schroepfer said.

Despite a recent movement to delete profiles from the social network, it emerged on Wednesday that the backlash had little impact on the company’s bottom line. In fact, Facebook’s first quarterly results showed that its revenue had jumped 50 percent year on year.