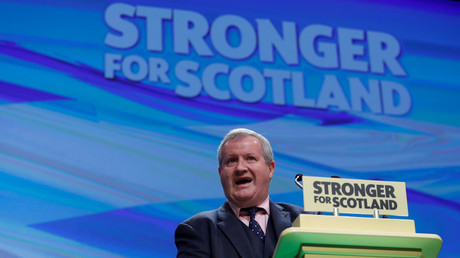 SNP MPs led by their Westminster leader, Ian Blackford, staged a walkout at PMQs after Speaker of the House John Bercow refused a request for an immediate vote on the motion “that this House sit in private.”

After initially telling Blackford that he could hold a vote during PMQs, Bercow then told the Westminster SNP leader that he would hold a vote after the remainder of PMQs, telling him to sit down. Blackford refused, and chaos ensued.

Blackford eventually left the House of Commons with all of his SNP colleagues in tow, in a show of solidarity, much to the amusement of heckling Tory MPs.

He was protesting about the way Scotland had been treated over Brexit and in particular in relation to the EU Withdrawal Bill that the SNP claims takes back devolved powers such as support for farmers and control of territorial sea waters, returning them directly to Westminster.