In a letter to the Guardian, the lawyers, including numerous Queen’s Council representatives and academics, said the bill will destroy privacy.

MPs are due to vote on the bill for the first time on Tuesday afternoon, and it is expected they will pass the motion. The bill itself sets out a series of legal frameworks for the government’s interception of data by GCHQ and establishes the breadth of government surveillance operations.

Chair of the Bar Human Rights Committee Kirsty Brimelow QC has signed the letter, as well as academics from 40 British law schools.
“A law that gives public authorities generalized access to electronic communications contents compromises the essence of the fundamental right to privacy and may be illegal,” the letter reads. 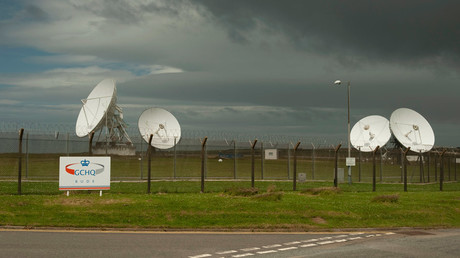 “The investigatory powers bill does this with its ‘bulk interception warrants’ and ‘bulk equipment interference warrants.’”

A well as bulk interception, the letter warns against “targeted interception warrants” which could be taken out on groups, organizations, or premises. The letter also warns that there need only be “reasonable suspicion” to intercept data, not demonstrable proof of threat.

“These are international standards found in the recent opinion of the UN special rapporteur for the right to privacy, and in judgments of the EU court of justice and the European court of human rights,” it continues.

“At present, the bill fails to meet these standards – the law is unfit for purpose.”

The aim of the bill is to establish a legal framework for interception, but critics of the bill say any bulk interception is a breach of privacy. The bill will also make it obligatory for internet companies to keep track of sites accessed by users for one year.

Other critics say the new bill will also criminalize IT staff who fail to destroy security services on its customers’ software on demand, or fail to hack into its customers’ systems upon a Home Office request.

GCHQ says it only targets an individual’s data in the context of a threat to national security, and would only pursue terrorist or criminal activity. It also argues that bulk interception is a necessary step to monitor criminal activity and the majority of intercepted material is never read.

However, the United Nations special rapporteur on privacy, Joseph Cannataci, also warned that the IP bill would legitimize mass surveillance.