The novel pill comes from the Massachusetts Institute of Technology, with researchers converting bacterial responses contained inside an electronic capsule into wireless signals that can be read on a smartphone app. 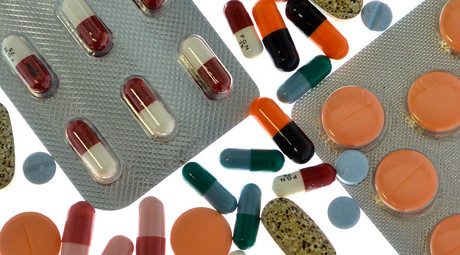 The 1.5-inch pill is currently going through a test phase, with scientists using it to track the stomach health of pigs. However, it’s hoped that the pill, which contains bacterial cells that highlight inflammation caused by conditions like internal bleeding or sepsis, can be rolled out for human consumption.

The pill uses a phototransistor that measures light produced by the luminescent bacterial cells also inside the tablet. The bacteria’s reaction to conditions inside the stomach are sent to a microprocessor that relays a wireless signal to a nearby computer device.

“By combining engineered biological sensors together with low-power wireless electronics, we can detect biological signals in the body and in near real-time, enabling new diagnostic capabilities for human health applications,” said Timothy Lu, an MIT professor.

It means patients may one day undergo diagnostic analysis for ailments like stomach ulcers without the need for complex lab equipment or an endoscopy.

“The goal with this sensor is that you would be able to circumvent an unnecessary procedure by just ingesting the capsule, and within a relatively short period of time you would know whether or not there was a bleeding event,” said Mark Mimee, lead author of the study published in the Science journal.