UK border police could get extra powers to allow them to arrest suspected foreign agents if a new bill, in response to the poisoning of Russian ex-spy Sergei Skripal and his daughter Yulia, is given parliamentary approval.

If the bill passes, police, immigration and customs officers would be able to stop, search and arrest anyone at an airport, seaport or border areas to establish if they are involved in “hostile activity”.

The new powers, as part of the Counter-Terrorism and Border Security Bill, would “strengthen” police powers, according to Home Office officials, similar to those used against suspected terrorists. 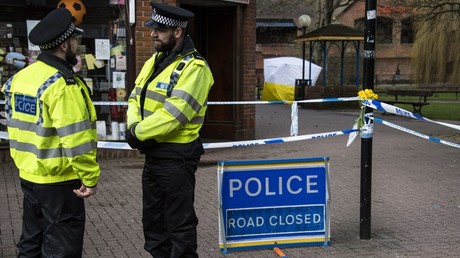 The Home Office has introduced the new bill as a direct response to the Salisbury poisoning case. Home Secretary Sajid Javid has repeated the government’s line that it’s “highly likely” that the Russian state was behind the poisoning.

He claimed the additional powers were essential to assist the police in ‘investigating, identifying and challenging those acting against our interests.’

Javid insisted that the government was taking a “necessary and proportionate response to the threat” with these extra powers and that they will of course be “subject to strict safeguards and robust oversight to assure its proper use.”

But International Affairs Analyst, Jonathan Steel, is not so convinced that new powers given to border police is what the UK state requires, as the law already allows for “hundreds of people who look a bit Middle-Eastern or Asian to be stopped and have their passports taken and kept from them.”

He claims these type of incidents will only increase as part of the government’s new powers to target “hostile state activity”.

In addition, Steel claims that a new state security law, created as a reaction to the poisoning of the Skripals, is a “very big step backward.” He told RT UK’s Bill Dod that “assuming that foreign countries are enemies is a very big step backward towards Cold War mentality.”

Ex-Russian spy, Sergei Skripal and his daughter Yulia collapsed in Salisbury city center on March 4, after allegedly being attacked with a nerve agent. Yulia was discharged from hospital six weeks after the attack, while Sergei was released in May.

In her only media interview since being released from hospital, Yulia Skripal said she was “lucky to be alive” and hoped to return to Russia in the near future.