Theresa May’s Brexit plans have again been thrown into crisis after the EU released its plans to include Northern Ireland in a future customs union. Sinn Féin has endorsed the plan, warning against “the Tory-DUP wrecking-agenda.”

The European Commission’s plan published Wednesday contravenes Prime Minister May’s stance that post-Brexit, Northern Ireland will be under the same rules and regulations as the rest of the UK and will have to leave the EU’s customs union. 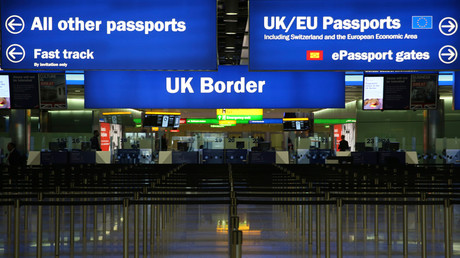 However, politicians in Ireland have slammed their UK counterparts, accusing the government of being reckless over its stance on the Irish-Northern Irish border. In a statement released following the publication Sinn Féin President Mary Lou McDonald TD (Member of the Irish Parliament) said the UK government’s Brexit agenda “cannot prevail.”

TD McDonald made the comments, welcoming the recognition contained within the EU draft agreement for the need for special arrangements for the North, including remaining within the Customs Union. Speaking directly to An Taoiseach at Leaders’ Questions today, Ms. McDonald said: “As you know, the British Government and the Brexiteers engaged in the Brexit debate with zero regard for the impact on Ireland.”

“No concern for our economy. No concern for the rights of our people. No concern for the peace process. Now they want to conclude their debate and make their exit by putting the Good Friday Agreement through the shredder. The Tory-DUP axis is satisfied to treat the welfare of the people of this island as collateral damage so long as they achieve their ‘little Englander’ vision for Brexit.” 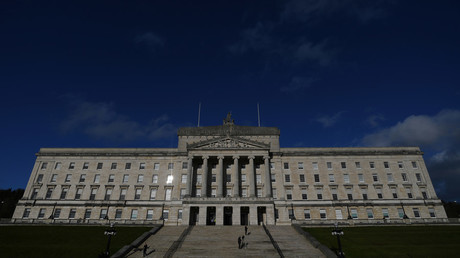 “Their arrogance is best highlighted by their rejection of vote of the people of the North to remain in European Union and most recently crystallized by Boris Johnson’s juvenile and dangerous commentary. That can’t be allowed to happen. The Tory-DUP wrecking-agenda cannot prevail.”

Northern Ireland has the only UK land border with the EU since the neighbouring Republic of Ireland is a member state. Brussels has now said the whole of Ireland must be effectively kept in the single market and customs union.

The European Commission has published a 120-page draft withdrawal agreement that stated that the territory of Northern Ireland would be considered part of the EU’s customs territory under the EU Brexit vision, with checks required on goods coming in from the rest of the UK. In order for this to happen, single market legislation will also apply.

“The territory of Northern Ireland… shall be considered to be part of the customs territory of the Union,” it reads. In turn, May used her speech in Prime Minister’s Question to reject the plan. The prime minister added that “no UK prime minister could ever agree” to this.

“The draft legal text the commission have published would, if implemented, undermine the UK common market and threaten the constitutional integrity of the UK by creating a customs and regulatory border down the Irish Sea, and no UK prime minister could ever agree to it,” she said.
Chief EU Brexit negotiator Michel Barnier said the document contained “concrete and realistic solutions” on how to avoid a hard border once the UK leaves the EU’s customs union.

He called on May to offer something different – if she can. Currently, the Democratic Unionist Party (DUP) is propping up Theresa May’s government, yet one false move could see their support withdrawn. The Prime Minister will make a speech at Chequers on Thursday, where she will address Britain and EU ministers, many of whom hope she will make clear what Britain wants.