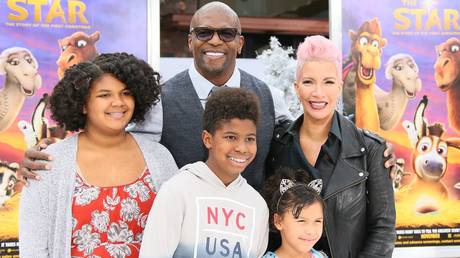 Actor Terry Crews has incited wrath by saying children without the “vitamins and minerals” of “maternal AND paternal love” are “severely malnourished.” His views are not “disgusting” – they are normal; and worth fighting for.

It might be impolitic to tell the growing number of children being raised in single-sex households that they are missing out on essential nutrients, as the Hollywood actor did in a now-deleted tweet. Indeed, many single-parent – or grandparent, or a gay couple – households are much more loving than those of dysfunctional couples bringing up their own kid.

But to pretend that Crews is advocating something radical is to ignore the dominant social unit that has survived through different cultures and millennia of change. Two-parent, mixed-gender households were never the only way, but all other things being equal, they are still implicitly considered the best-case scenario for a child’s social and psychological development.

Terry Crews clearly doesn’t have the range to discuss the issues he keeps injecting himself into but he’s so wrapped up in the idea of being a relevant voice he can’t see how dumb he makes himself look.

My wife & I have 4 kids. We love & support them in everything they do.

Our kids are not “malnourished” because they don’t have a dad. However, they certainly would be if they grew up in a home where authenticity & love were stifled.🏳️‍🌈

Me:
Human beings need exercise.#Woke Twitter:
FUCK you! I don’t exercise! I have NEVER exercised and I’m fine! My kids CAN’T exercise because they were hurt so now you’re mocking them! I demand you take that back and apologize! Terry Crews do better.

If we say that Crews is merely holding on to a historical status quo, then there is no special value in traditional family units. They are just arrangements that might as well be for sex, entertainment or saving on rent. From this it also follows that it wouldn’t matter if the child were brought up by two parents, or by one, or by three, or by his older sister, or by a harem, or by strangers in a commune, or by dad’s buddies from the fantasy football league. After all, they are are, apparently, capable of giving love and serving as role models.

We are also telling African-American fathers – the original context of this discussion online – a group already statistically far more likely to leave their families, that what they are doing is fine, as they are not at all essential for the child anyway.

Is this what Crews’ critics really believe, and will they defend their views as vigorously as they attacked his?