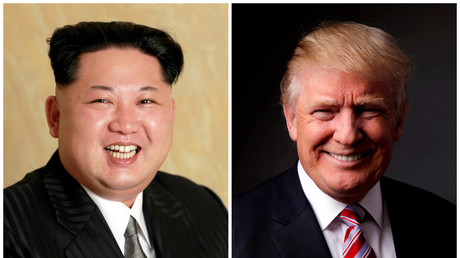 ICYMI asks members of the public whether Donald Trump deserves an award as prestigious as the Nobel Peace Prize after it was revealed the US President was on the 2019 shortlist.

Rumor has it, Donald Trump is a favorite to win the 2019 Nobel Peace Prize after ‘his tireless work to bring peace to our world‘ following his efforts bring North Korean leader Kim Jong-un to the negotiating table with South Korea’s Moon Jae-in and ease tensions over nuclear weapons testings.

Donald Trump has been nominated by US House Republicans, who believe his threats of sanctions and war is the “only reason” why Pyongyang is reconciling with Seoul and moving towards denuclearization.

Trump should “receive the 2019 Nobel Peace Prize in recognition of his work to end the Korean War, denuclearize the Korean peninsula and bring peace to the region,” the nomination letter, addressed to the Norwegian Nobel committee by Indiana Republican Luke Messer, recommended.

South Korean President Moon Jae-in, said on Monday that the US President “can take the Nobel prize” as long as the Koreas receive peace in return, just months after Trump threatened North Korea with total destruction.