Three US Congress members have demanded answers from Washington after a new book claims to reveal details of how the government secretly sprayed, injected, and fed radiation and other hazardous materials to “vulnerable” people during the Cold War.

The congressmen’s outrage comes in response to the book ‘Behind the Fog: How the US Cold War Radiological Weapons Program Exposed Innocent Americans,’ which is said to have revealed the practices when it was published in August.

Author Lisa Martino-Taylor, an associate professor of sociology at St. Louis Community College, said the radiological weapons program was a top priority for the government at the time. 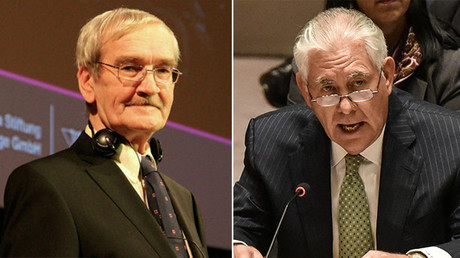 According to the author, unsuspecting people across the United States – and even in England and Canada – were subjected to potentially deadly material through open-air spraying, ingestion, and injection.

“They targeted the most vulnerable in society in most cases,” Martino-Taylor said, as quoted by AP. “They targeted children. They targeted pregnant women in Nashville. People who were ill in hospitals. They targeted wards of the state. And they targeted minority populations.” The testing took place in various locations throughout the United States.

Tests in Nashville in the late 1940s saw 820 poor and pregnant white women receive a mixture during their first pre-natal visit which included radioactive iron, Martino-Taylor said. The expectant mothers were unknowingly chosen to take part in the program.

Blood tests were apparently used to determine how much radioactive iron had been absorbed by the women, and the babies’ blood was tested at birth. Similar tests also took place in Chicago and San Francisco, according to Martino-Taylor.

In St. Louis, the government was busy testing a spray which it claimed was for a smoke screen which could shield the city from aerial observation in case of a Soviet attack. However, evidence now shows that the spray included radioactive material, according to the associate professor.

In California, investigators installed a radiation field inside a building at North Hollywood High School in 1961. Similar testing was performed at the University of California Los Angeles and at a Los Angeles Police Department building. 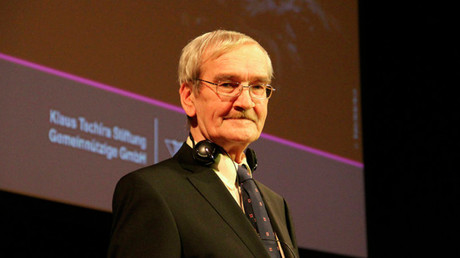 In St. Louis, the government was busy testing a spray which it claimed was for a smoke screen which could shield the city from aerial observation in case of a Soviet attack. However, evidence now shows that the spray included radioactive material, according to the associate professor.

In California, investigators installed a radiation field inside a building at North Hollywood High School in 1961. Similar testing was performed at the University of California Los Angeles and at a Los Angeles Police Department building.

She also told AP that she found that a small group of researchers aided by academic institutions worked to develop radiological weapons and “combination weapons” using radioactive materials along with chemical or biological weapons.

‘Why would you do that to people?’

Any negative health effects of the testing have not been proven, with Martino-Taylor admitting that tracing diseases like cancer to specific causes is difficult. However, Mary Helen Brindell, now 73, can remember playing baseball on a street in St. Louis as a child in the 1950s. Suddenly, a squadron of planes flew low overhead, covering her and her friends in a fine powdery substance that stuck to her skin.

She has suffered from breast, thyroid, skin, and uterine cancers, and her sister died of a rare form of esophageal cancer. “I just want an explanation from the government,” Brindell said. “Why would you do that to people?”

Doris Spates, now 62, was born on the top floor of the Pruitt-Igoe low-income building in St. Louis, where the Army sprayed material from the roof. Just three months after her birth, her father suddenly died. Four of her 11 siblings died from cancer at relatively young ages, and she herself has survived cervical cancer and suffers from skin and breathing issues.

“It makes me angry,” Spates said. “It’s wrong to do something like that to people who don’t have any knowledge of it.”

Responding to the revelations, three congressmen who represent areas where the testing took place have expressed outrage at the practices.

Lacy Clay (D-MO) said he was angry that Americans were used as “guinea pigs.” 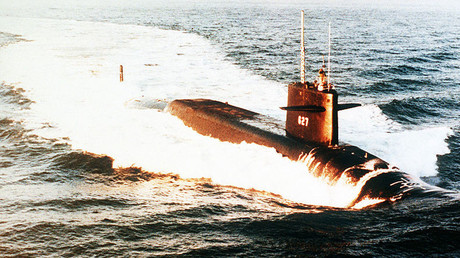 He was joined by Jim Cooper (D-TN), whose office plans to seek more information from the Army Legislative Liaison.

“We are asking for details on the Pentagon’s role, along with any cooperation by research institutions and other organizations,” office spokesperson Chris Carroll said. “These revelations are shocking, disturbing and painful.”

He said he wants a survey of people who graduated from the school around that time, to see if there was a higher incidence of illness, including cancer, and has vowed to seek more information from the Department of Energy.

Martino-Taylor says her book speaks of the mostly young scientists tasked with developing radiological weapons, noting that they were mostly unsupervised from anyone “who could say, ‘this isn’t right,’ or put some sort of moral compass on it.”

The book is a follow-up to Martino-Taylor’s 2012 dissertation, which found that the US government conducted secret testing of zinc cadmium sulfide in a poor area of St. Louis in the 1950s and 1960s. Although her 2012 report prompted an Army investigation, the probe determined that no evidence had been found to prove that the St. Louis testing posed a health threat.