Transgender men and women are being attacked in workplaces across Britain by co-workers and customers, according to a staggering new report. 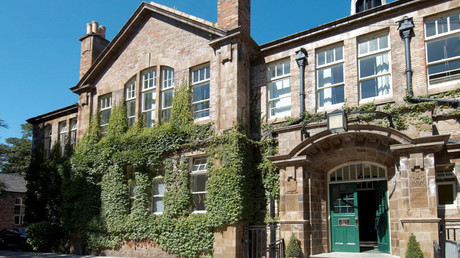 One in eight trans people have been physically assaulted on the basis of their chosen identity, it is being claimed, backing up court rulings that the UK has become increasingly hostile for the trans community.

Recently, a trans woman was granted asylum in New Zealand over abuse she received in Manchester. The 57-year-old woman was granted residency by an immigration and protection tribunal in Auckland, which decided the woman was safer in her adopted country. The case could be replicated after staggering figures were revealed by the report.

Almost 900 trans and non-binary people took part in the investigation by charity Stonewall, which campaigns on LGBT rights, revealing how respondents had been publicly shamed, sworn at, and physically attacked.

“What we have found is deeply worrying,” Ruth Hunt, Stonewall chief executive said. “Hate crime and discrimination against trans people, on our streets, in our hospitals, in workplaces and at universities, is widespread.

“Two in five trans people had to deal with a hate crime or incident in the past 12 months. Many trans people are forced to hide who they are, change how they dress or drop out of university because of fear of discrimination. In our workplaces, half of trans and non-binary people have hidden or disguised that they are LGBT for this reason, and one in eight have been physically attacked by a colleague or customer.”

When a school changes its uniform policy to say boys shouldn’t be punished for wearing skirts, I get invited on TV and radio producers won’t stop calling me. When a report comes out revealing that 1 in 8 trans people have been physically attacked at work in the past year, silence

The second in ‘Stonewall and YouGov’s state of the nation LGBT’ in Britain series carried testimony from respondents who have experienced hate in Britain.

Abebi, 34, from Scotland revealed how she is scared to use public toilets. “I was physically assaulted by two women as I attempted to use the bathroom in a bar. They began pushing me and shouted that I was in the wrong bathroom and pointed out that this was the ladies’ bathroom,” she said.

“I told them that I knew which bathroom it was and I was in the right place, but they persisted. Since then I avoid public toilets whenever possible.”

Hunt blamed the mainstream media for carrying damaging stories of individual cases and presenting them in a way which portrays trans people as outsiders and oddballs.

In one particular case, The Times carried multiple stories about trans teenager Lily Madigan after she was elected Women’s representative for her local Labour group. Madigan took to Twitter to beg them to stop.

On the release on the Stonewall report, trans women and their supporters took to Twitter to express outrage at the fact the trans report was barely covered by the UK press.

Former sex worker turned campaigner and model Paris Lees said: “When a school changes its uniform policy to say boys shouldn’t be punished for wearing skirts, I get invited on TV and radio producers won’t stop calling me. When a report comes out revealing that 1 in 8 trans people have been physically attacked at work in the past year, silence.”