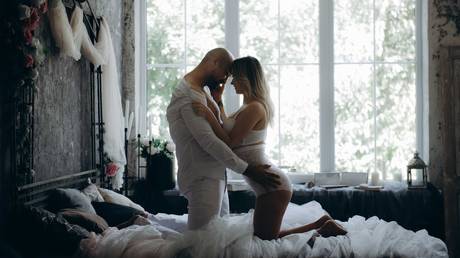 A British judge has invoked the ire of online commentators, activists and politicians after remarking that it was a man’s “fundamental human right” to have sex with his wife during an already controversial court case.

“I cannot think of any more obviously fundamental human right than the right of a man to have sex with his wife… I think he is entitled to have it properly argued,” senior High Court judge Justice Hayden was quoted as saying during a preliminary hearing on a case involving a married couple of 20 years.

The wife has learning difficulties and her condition is deteriorating, prompting social services to raise the alarm about the potential for sexual abuse in the relationship as they felt the woman was no longer able to make decisions about whether she consented to sexual relations. Social services ultimately brought the case to the Court of Protection in London.


The husband has pledged to no longer sleep with his wife but prosecuting lawyers are still pushing for a court order barring sexual relations to prevent the woman from being raped.

The judge’s remarks have sparked a wave of fury and indignation online, sparking widespread discussion regarding consent.

This legitimises misogyny and woman-hatred. A judge stating “I cannot think of any more obviously fundamental human right than the right of a man to have sex with his wife”. No man in the UK has such a legal right to insist on sex. No consent = rape. https://t.co/PUYmhR9TN3

It is not a basic human right to have sex with your wife. It is not even close to a right .

I’m surprised, in this day and age, it’s even being discussed. A bit of a no-brainer.

And I’d have thought, for the dinosaurs with this attitude, sex would be a distant memory.

Having read the article, I’d expect the judge to want to consider all angles. The fact he’s representing the best interests of the husband rather than her in his wording is the concern. There’s nothing to suggest this woman’s wants have changed, just that her capacity has.

Justice Hayden’s ‘I cannot think of any more fundamentally obvious human right than the right of a man to have sex with his wife’ is astonishing & revolting in equal measure. Get a grip, man, and maybe visit the 21st century while you’re at it.

Some were more lighthearted in their approach to the case.

I don’t consider it a basic human right to even make eye contact with my partner before they’ve had their first morning coffee.

While others reserved judgement until more details were released.

The judge agreed that more information was needed and called for additional evidence to be presented at a later hearing, while also ordering that none of the names in the case be reported in order to protect the identities of all parties involved during the hearing. Spousal sex without consent was explicitly banned in the UK in 1991.