The group, established in the wake of sex scandals across multiple industries spanning the globe, aims to promote awareness, inform people of their rights, and work together to create change.

“This is a group we’ve set up with journalists across the media industry – so, people in TV, radio, online, and in newspapers – to tackle sexual harassment,” she said.

“We feel there’s a real cultural shift going on… and we have cross party political support, which is amazing.”

Closer to home, a raft of UK politicians have been accused of harassment, with Theresa May appointing new Defence Secretary Gavin Williamson this week after the resignation of Michael Fallon, who is caught in the midst of the current Westminster sexual harassment scandal.

Ridley told LBC the group was established just a week ago. While speaking to her female peers, she found a pattern of common perpetrators and disbelief in the industry.

“There also a problem… [that] allegations weren’t taken seriously. Various people were told ‘oh, you must be misinterpreting it,’” she said.

“A lot of the time there is a massive power imbalance as well. When I was very young journalist, when I was 22 and starting out, you have very little power.

“You’re vulnerable, perhaps you’re on a fixed term contract instead of staff. If you’re a freelancer and an editor is behaving inappropriately they can just cut off the tap and that’s your income gone. I think there is a conversation that needs to be had.” 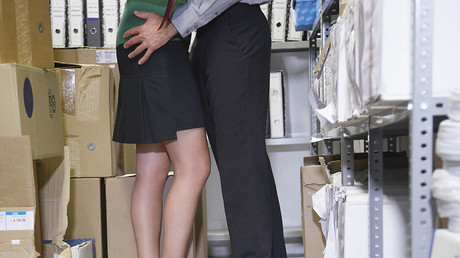 Mayor of London Sadiq Khan has voiced his support, stating that this needs to be a “turning point.”

“The harassment some women journalists have faced in the workplace is appalling — and it is the responsibility of us all to call it out,” he said.

“I strongly support the women journalists who have come together to create the Second Source. We must do everything we can to ensure women are able to speak out and have their concerns properly investigated.”

Co-leader of the Green Party Caroline Lucas MP said she is pleased to support the anti-harassment network.

“No one should have to suffer harassment at work — and it’s great to see women working together to change behaviour and attitudes in this male-dominated industry,” Lucas said.

Deputy Leader of the Liberal Democrats Jo Swinson MP said although sexual harassment is a problem in every industry, she is optimistic the revelations about Hollywood and politics in recent weeks can become a positive catalyst for change.

“That’s why I’m delighted to support the women journalists creating the Second Source to campaign for changes in the media industry,” she said.

“For all the justified media outrage about sexual harassment in other workplaces, the media must recognise it needs to act on its own harassment problem too.”

British Conservative Party politician MP Maria Miller welcomed the campaign to tackle sexual harassment in journalism and its ambition to bring about a culture change in the industry.

“Sexual harassment and sexual abuse should have no place in our society, but in practice two-thirds of girls at school, half of all women students in higher education, and more than half of all female employees in the workforce have been subjected to harassment,” Miller said.