During her 2008 bid for the presidency, Clinton is alleged to have protected her faith advisor Burns Strider after a subordinate accused him of sexual harassment, the New York Times reported Friday.

The complaint came from a 30-year-old aide who shared an office with Strider, who said he had inappropriately rubbed her shoulders, kissed her forehead, and sent suggestive emails even though he was married.

Clinton’s campaign manager advised her to fire Strider, but Clinton refused. She instead docked his pay for a few weeks, ordered him to go to counseling, and moved the young woman who complained into a different position. 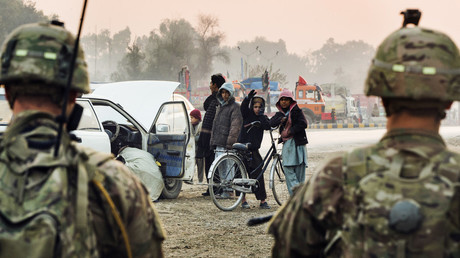 Strider would send Clinton scripture passages each morning. He went on to co-found the American Values Network, a faith organization. Five years later, he joined Correct the Record, a super PAC run by Clinton booster David Brock, which supported Clinton’s 2016 run. Within months, Strider was fired over a number of complaints, including accusations of harassing a young aide.

“To ensure a safe working environment, the campaign had a process to address complaints of misconduct or harassment. When matters arose, they were reviewed in accordance with these policies, and appropriate action was taken,” Utrecht, Kleinfeld, Fiori, Partners said in a statement. “This complaint is no exception.”

Meanwhile, the billionaire casino mogul Steve Wynn, who was recently appointed Republican National Committee finance chair, is facing accusations of sexual assault by a dozen former and current employees, according to the Wall Street Journal.

The report cites several instances where Wynn allegedly pressured women who worked for his casino “to perform sexual acts on him.”

Weird that a 2008 HRC staffer sexual harassment story gets dragged out of the closet at the exact same time as the Republican National Committee Finance Chair, Steve Wynn’s decades-long pattern of sexual harassment and abuse scandal is breaking.

In one instance, a manicurist said Wynn had “pressured her to take all her clothes off and lie on the massage table he kept in his office suite” in 2005. After initially refusing to have sex with him, she gave in. After she reported the incident to human resources, Wynn paid a settlement of $7.5 million, she said.

The WSJ said it contacted more than 150 current and former employees of Wynn. The majority of those who spoke out worried that talking to the media would hurt their job opportunities, citing Wynn’s vast and powerful influence throughout Nevada and the casino industry.

Wynn, who raised millions for Donald Trump’s presidential campaign, said “the idea that I ever assaulted any woman is preposterous.”

He later blamed the reports on his ex-wife, who referred to instances of alleged sexual misconduct in a lawsuit “in her legal battle with him and the company.” Wynn Resorts stock plunged more than 10 percent on Friday.